QConsult, a scheme that places teams of students from low-income families into east London growth sector businesses to conduct mini consultancy projects, has won the Employability Initiative category at The Guardian University Awards 2016. 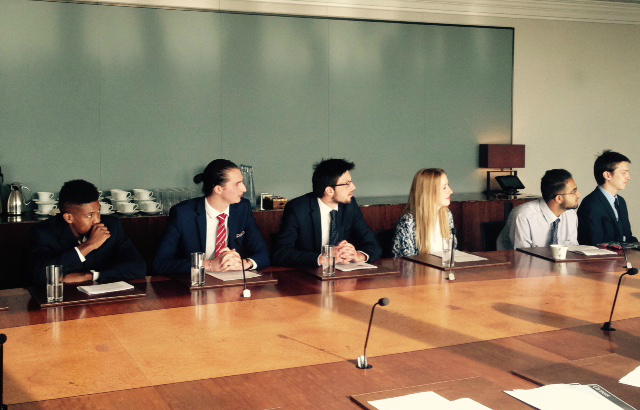 It is the second time a project from QMUL Careers and Enterprise has won in this category, with the QProjects work experience scheme picking up the award in 2014.

The awards, which are in their fourth year, were announced at a ceremony at the Royal Institute of British Architects (RIBA) on March 16.

Emily Huns, Head of Careers and Enterprise, said: "We’re delighted to have received recognition for QConsult and QMUL through this award. It helps to publicly demonstrate QMUL’s commitment to widening opportunity. The QConsult supported by J.P. Morgan programme is one of five work experience schemes run by the QMUL Careers and Enterprise Team – and it is one of which we're particularly proud. Whilst only in its first year, the programme has already transformed the employability of the bursary students taking part and engaged east London growth sector businesses in a really innovative way. J.P. Morgan has supported us generously and constructively throughout – through staff mentoring and board room space, as well as through vital funds."

Forty-two per cent of QMUL UK undergraduates come from low income backgrounds, receiving a bursary from the university. QMUL’s five year analysis indicates that, six months after graduation, these students are more likely to be unemployed, or in non-graduate jobs, than their non-bursary peers.

QConsult, which is supported by J.P. Morgan, was set up to close this equality gap by raising the confidence, social capital and employability of these students through client-focused work experience and connections to high growth job sectors and networks.

Meanwhile QConsult presents an affordable opportunity for businesses facing challenges during a crucial developmental stage. Consultancy has included research and analysis, business and product development, and policy and process review. All businesses involved reported that they have used the students’ project outcomes in their work.