QMUL and India: A Diwali celebration of our links

As one of the most significant festivals in Indian culture, Diwali is a time to celebrate the victory of light over darkness, good over evil, and knowledge over ignorance. As a university dedicated to the public good, creation and dissemination of knowledge, and transforming lives, Queen Mary University of London (QMUL) appreciates the significance of those values. 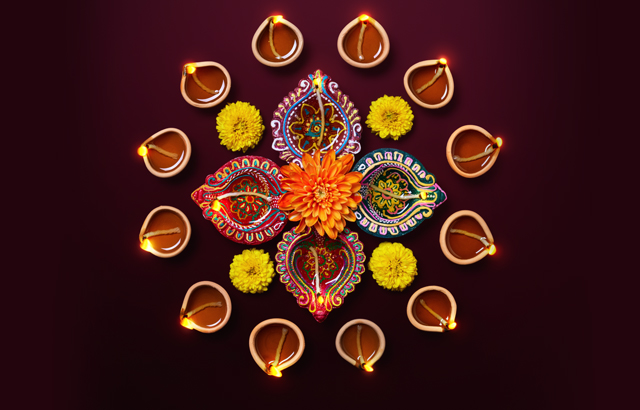 As we approach Diwali 2016, we celebrate some of the ways in which our links with India have enriched teaching, research, and our community at QMUL over the past year.

Dr Preti Taneja, research fellow at Global Shakespeare at QMUL and University of Warwick, co-organised Indian Shakespeares on Screen, a festival of talks, workshops, screenings and an exhibition of Indian film memorabilia, celebrating the impact of the Bard on on the world’s largest film industry.

One of the highlights of the festival included a panel discussion with top Bollywood director Vishal Bhardwaj and his scriptwriting team. They discussed Bhardwaj’s Indian Shakespeare trilogy Maqbool, Omkara and Haider, focusing on how they translated the 17th Century writings of Shakespeare into the context of contemporary India.

The Association of Emergent South Asian Research Universities (AESARU) is perceived as a network of universities that are relatively newly-established, have or aspire to a significant research ambition in their institutional mission, aim to contribute to economic and social progress, actively promote integrity, excellence, and equality and are genuinely not-for-profit in their operating model.

In September 2016, QMUL welcomed its largest ever intake of Indian students with over 200 new bachelors, masters and research students enrolling on degrees with us.  This record intake takes QMUL’s Indian student body to over 270 with the expectation that we will pass 300 for the first time in September 2017.

Whilst the number of Indian students enrolling in higher education in the UK has dropped significantly since the removal of the post-study work visa in 2012, QMUL’s numbers have continued to grow, reflecting both our investment in the country and the reputation of the institution amongst students across the country.

QMUL is now proud to have Indian students studying in each of our 14 academic schools.

Researchers at Queen Mary University of London (QMUL) found that fixed-dose drug combinations (FDCs) which have not received central regulatory approval are sold in substantial numbers in India, despite concerns over the safety and efficacy of these combinations.

They called on India to ban the sale and manufacturing of FDCs that are not approved by the the Indian central drug licensing agency, CDSCO.

As with previous years, the Queen Mary Indian Society (QMIS) last year made sure everyone had an amazing time during major Indian celebrations, including this amazing Holi party.

The society was formed in 2012 by a group of students keen to spread Indian festivities and culture throughout the university. Since then, they have achieved exactly that! They are now among the university’s most popular student societies, and were last year awarded as the university’s “Most Improved Society”.

Watch this video to find out more about the QMIS’s activities over the past year.

We wish you all a very Happy Diwali!