Britain is known as a nation of tea drinkers, but new statistics suggest that the love affair is fading. Professor Markman Ellis, co-author of Empire of Tea: the Asian Leaf that Conquered the World, considers the future of Britain's favourite brew. 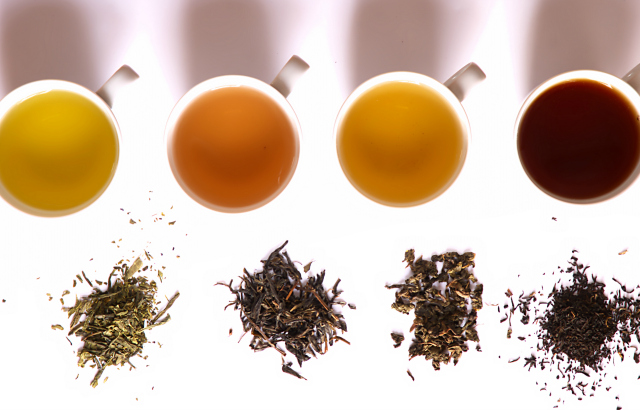 Britain is a nation of tea drinkers – but for how much longer? New research released by the National Food Survey suggests that Britons are falling out of love with their morning “cuppa”. But in fact the UK has been losing its taste for tea for decades. Tea consumption has fallen steadily since “peak tea” was reached in 1956. When tea was rationed during World War II, the ration was 2oz (56g) per person per week. At 25g of tea per person per week, Britons now consume less than half the amount of tea they did during the war.

This might seem like a blow to a core component of British identity, but the British “way” of making tea – black tea, frequently served with milk and sugar – is comparatively recent in origin. When tea was first consumed in Britain in the 17th century, most Britons made green tea, drunk from tiny porcelain cups without handles. Though some took it with a little sugar, tea was almost always served without milk. During this period, all tea was from China, and the most popular kinds were green tea, though increasingly some preferred “bohea”, an oolong that produced a pale reddish-brown infusion.

It wasn’t until the 1850s that tea from India started to be imported in any quantities, and the British fondness for Assam, Darjeeling and Ceylon teas began to form. The tea they produced was more like what we expect now: tea that quickly stains the water a dark brown colour, with a pronounced and tannic flavour, suitable for taking with milk. And in its time, this shift was certainly driven to some extent by what was considered cool.

Tea from India and Sri Lanka was grown on substantial industrialised plantations, managed and financed by predominantly British companies, employing large numbers of indentured Indian workers. Rather than the artisanal production processes of Chinese smallholders, tea production in British India was mechanised as far as possible. By the 1920s, the introduction of new “rip-tear-curl” technology allowed the tea leaves to be processed and cured almost entirely by machine. The machines produced the super-oxidized “black tea” we are now familiar with, losing some of the more delicate flavours of the handmade method. This tea was cheaper and more efficient for tea companies to produce, and, because it made a darker and more tannic brew, was welcomed by consumers.

The 20th century also saw the adoption of an American invention, the teabag, which brought convenience and efficiency for the consumer, but also enacted a little economic miracle for tea companies. Teabags further reduced the quality and the quantity of tea needed to satisfy consumers. Teabags could be filled with the lowest grades of tea, the waste grades of dust and fannings. Over 96 per cent of tea in Britain is now made with teabags. Nobody pretends this is good tea.

The decline in tea consumption might be attributed to changing tastes, and increased competition from hot drinks with more glamour, especially the various varieties of hot foamy milk and coffee served up by the espresso coffee chains. Despite the fact that some of these drinks often contain a “dangerously” high level of sugar, as Action on Sugar recently claimed, they remain enormously popular with young consumers.

So the decline in tea consumption is partly the fault of the tea industry. Industry analysts talk about how tea appeals to the throat and the mind. “Throat” describes how much tea is consumed, literally poured down the throat. “Mind” describes how tea is understood, and what it means. Despite commanding a considerable residual hold on the throat, tea’s share of the hot drinks market is declining because its grip on the mind is weak. To the mind, tea is comfortable, homely, ordinary – and a little boring. Tea is just not very cool, and as a result, it is slowly losing “throat appeal”.

In order to revive tea, some industry pundits argue they need to win the battle for the mind first. This is what coffee did: the CEO of Starbucks Howard Shultz is fond of saying his company revivified the retail coffee market in the United States by recovering “the romance of coffee”.

So it’s encouraging that numerous tea retailers, both small boutique operations and large conglomerates, have recently opened gourmet tea retailers on the high street, seeking to extend customers' interest in more diverse (and higher priced!) tea experiences. There will be more, as the tea industry seeks to find ways to make the British way of taking tea an aspirational experience once again, not merely a brief encounter between a mug and teabag. Hipsters may be the only people who can transform tea’s fortunes.

Empire of Tea: The Asian Leaf that Conquered the World, written by Professor Markman Ellis, Dr Richard Coulton, and Dr Matthew Mauger. The book is published by Reaktion Books.