A debating team from the Department of French at Queen Mary University of London has scooped first prize in the 2016  joutes oratories, a national competition organised by the Franco-British Connections and the Institut français du Royaume-Uni. 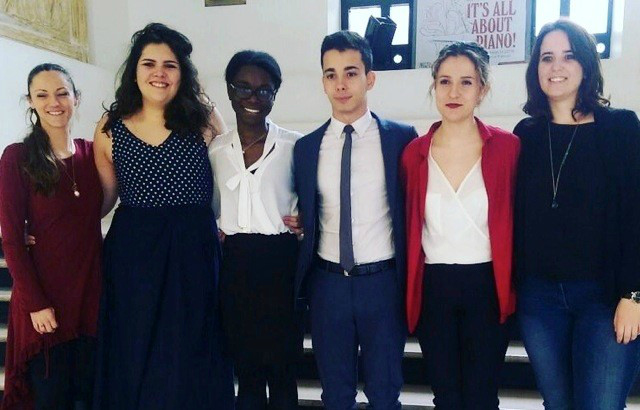 Reacting to the win, Eduardo said: “Apart from giving me the opportunity to improve my knowledge of the French language, participating in the French debating club taught me how to formally and diplomatically address others in an official context, expand my vocabulary and improve my syntax. As each debate is preceded by a phase of research and analysis, this extracurricular activity has specifically furthered my analytical skills, which I actively employ on a daily basis in and outside university.”

Maria said: “I would say the most important thing I have learned from the debating club is the importance of team work: working all together and in a nice atmosphere leads to success.”

The debating club was established in the Department of French in November 2015 by Julie Betancourt-Ricci and Anne Laure Galliano. The club was supported by a Santander grant, awarded to Dr Elsa Petit. The debating club is designed to give first and second-year students of French the opportunity to acquire and develop the critical skills to debate topics and themes pertinent to French politics and culture.