Those calling for a debate in advance of triggering Article 50 want to rerun the campaign, according to Gisela Stuart, MP for Birmingham Edgbaston and co-convenor of Vote Leave. 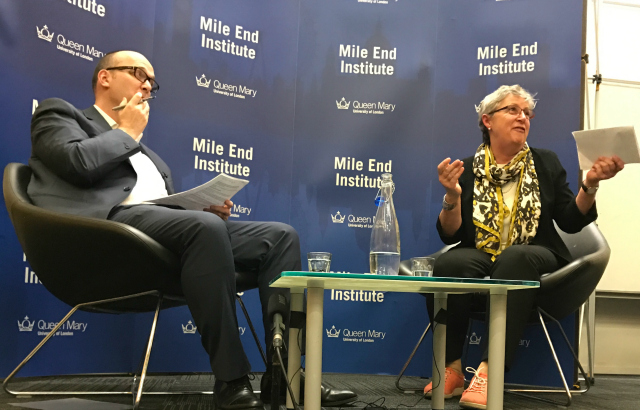 Speaking at the Mile End Institute, Queen Mary University of London, Stuart said: “I think there will be occasions after we trigger Article 50 where Parliament will want to express its view. All the talk about Article 50 and a parliamentary debate, this is just about people wanting to reopen the debate. The country voted to leave, and the way you leave is to trigger Article 50.”

Responding to questions of Professor Philip Cowley from QMUL’s School of Politics and International Relations, Stuart rejected the idea that leave voters did not understand the implications of what they voted for in terms of the single market.

She said: “There is a modern mythology developing that people didn’t know what they were voting for. You’ve got a debate now about the single market. The argument for the single market has become a proxy for those who want to rerun the campaign.”

Stuart criticised what she described as a “sneering arrogance that the only people who voted to leave were the poor, the uneducated and the not very bright”.

The event was the first in a series of interviews at the Mile End Institute with major political figures in UK public life. The next event is with Ken Clarke MP on Monday 31 October.