Professor Philip Cowley writes about the role of MPs in their constituencies. He says: "It is a difficult, time-consuming, at times frustrating and at other times rewarding, part of the job. It should not also be dangerous." 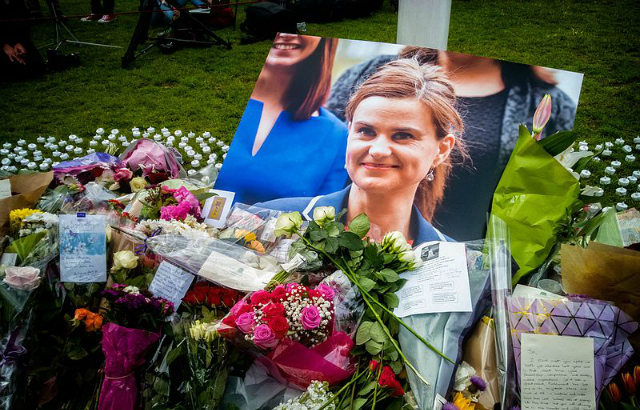 The day after Labour MP Jo Cox was killed outside her constituency surgery, the BBC’s One O’Clock News – one of its flagship news programmes – said she was no “normal politician … She died representing her people, her way”.

While Cox was very talented, the fact that she died in her local constituency should remind us that our MPs are more involved at that level than ever. Although it is common to complain that MPs are aloof and out of touch, even the least constituency-focused MPs of today pay more attention to their constituents than MPs of 40 or more years ago.

MPs are now more likely to live in their constituencies. Fifty years ago, MPs may have visited their constituency occasionally – promising to visit every four months was not unusual – but few lived there. Nearly all MPs now have a home in the constituency they represent.

Like Cox, they are also increasingly likely to have come from the constituency. High-profile cases of favoured candidates being “parachuted” into constituencies by the leadership obscure the extent to which – especially on the Labour side – local candidates are increasingly being chosen to fight elections.

They are more likely to maintain staffed offices in their constituency, and to hold regular surgeries where voters can raise issues of concern to them. That means spending more time locally. Many MPs now leave Westminster and arrive in the constituency late on Thursday or early Friday, and remain there throughout the weekend, departing for Westminster on the following Monday (or sometimes Tuesday). This means that some of them are now spending more days of the week in the constituency than at Westminster.

A modern MP is also more likely to receive mail – letters and, increasingly, e-mail – from their constituents. A study in the 1950s found 12–20 letters a week were sent to MPs. That has increased exponentially over recent decades. So they are also more likely to be writing to their constituents, both in response to the letters received, but also – increasingly – in proactive attempts to engage with voters.

The rise of the constituency role of MPs is liked, and appreciated, by voters. Presented with a list of eight things that MPs could be doing – three of which were related to the constituency, five of which were to do with Westminster – and asked to pick the ones that most mattered to them, one study found members of the public were overwhelmingly constituency-focused.

Of the eight bits of the job listed, two of them were chosen as the most important by a massive 83% of the public. They were “taking up and responding to issues and problems raised by constituents” and “being active in the constituency”.

What was interesting about this particular study, though, was that it then also asked the same questions of MPs – and found that they prioritised exactly the same things. Those exact same two parts of the job were chosen as “most important” by 74% of MPs.

MPs will also frequently say that they value the interaction with voters. Some describe it as the most fulfilling part of their job and some also claim to find it useful in alerting them to policy failures and problems. It is a difficult, time-consuming, at times frustrating and at other times rewarding, part of the job. It should not also be dangerous.