The International State Crime Initiative (ISCI) at Queen Mary University of London has warned that reports of attacks against Rohingya Muslims in Myanmar may signal a new phase in what ISCI researchers say is genocide. 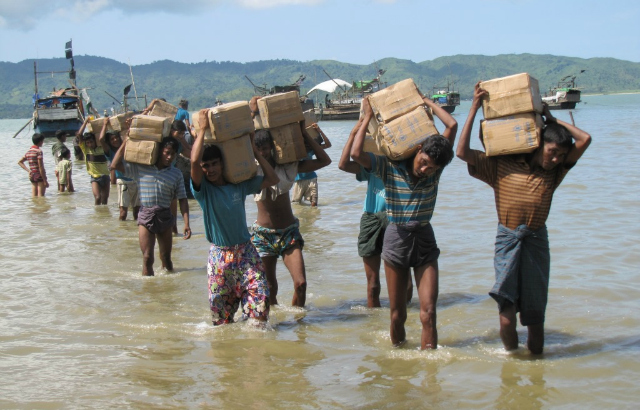 The alleged reprisals against the Rohingya minority come after attacks on three Myanmar police posts in Northern Rakhine State, near the Myanmar-Bangladesh border on 9 October.

ISCI researchers say that credible reports are emerging of extra-judicial killings, arbitrary arrests, and raids on Rohingya homes by Myanmar security forces. They caution that verifiable information is difficult to obtain, due to the notorious isolation and militarisation of Northern Rakhine State - and the intense persecution of those deemed critical of the government.

Penny Green, Professor of Law at Queen Mary University of London and Director of ISCI said Northern Rakhine state is “in effect an information black hole, and in situations where allegations of human rights violations are difficult or impossible to independently verify - because of state restrictive practices - the onus must be on the state to investigate or disprove those allegations”.

ISCI researchers have firsthand knowledge of the area following several months of research and fieldwork in Rakhine State during 2014 and 2015.

“We sounded the alarm in 2015 that what we saw amounted to the early stages of a genocidal process.  Local sources now report a ramped up security and military presence, additional restrictions on freedom of movement, and a further limiting of access to food and healthcare. We are concerned that these latest developments may represent a new chapter in the persecution of the Rohingya, and a potentially more deadly phase of genocide. The fact that it’s practically impossible to verify or confirm any of these reports underlines the intensity of Rakhine state’s isolation from international view,” said Professor Green.

In 2015 ISCI researchers completed a 12-month investigation [PDF] into the treatment of the Rohingya. Their research included four months of fieldwork carried out in Myanmar between October 2014 and March 2015. The results found compelling evidence of State-led policies, laws and strategies of genocidal persecution stretching back over 30 years. ISCI’s research, conducted within a state crime framework, conceptualises genocide as a process, building over a period of years, and involving an escalation in the dehumanisation and persecution of the target group.

Professor Green said: “The process begins by reducing the target group’s strength and undermining moral empathy for the victims, before leading to more violent forms of harassment and eventually mass killings and annihilation”.

She added: “The state has historically adopted strategies of ‘othering’ the Rohingya, stigmatising them as ‘illegal Bengali’ and ‘terrorists’. The Rohingya have been, isolated from mainstream society, by being forced into squalid IDP camps and prevented from leaving their villages; harassed though disenfranchisement and violent intimidation; and systematically weakened through physical and psychological destruction, overcrowding, malnutrition, lack of health care, torture, sporadic killings, humiliation, and abuse. It is important to point out that, despite suffering from decades of severe persecution, there is no evidence of Rohingya led extremism.”

According to ISCI researchers, genocide is often characterised by violent harassment from security forces in times of crisis, including sporadic attacks against the stigmatised group. Myanmar has a history of using breakdowns in law and order to justify repressive policies.

ISCI says that the Myanmar government consistently denies international journalists and human rights organisations access to Northern Rakhine. ISCI researchers were denied access the north of the state in 2015. ISCI cautions that, given the lack of verifiable information available during this time of uncertainty, accusations surrounding the responsibility for attacks must be restrained.

Professor Green said: “In a society where Islamaphobic ideology is prevalent and spread by nationalist Buddhist monks, allegations emerging on social media and within local news outlets accusing the Rohingya of supporting violent Islamic extremist ideology are dangerously divisive.”

Professor Green said that emerging evidence of indiscriminate violence by security forces and forced displacement suggests that a brutal crackdown, similar to those that have occurred in the past, is taking place. If so, she warns this would mark a “disturbing yet entirely predictable escalation in the genocidal process”.