Training general practices to offer rapid HIV tests leads to increased detection and earlier diagnosis of patients with HIV infection – according to a new study led by Queen Mary University of London (QMUL) and published in The Lancet HIV. 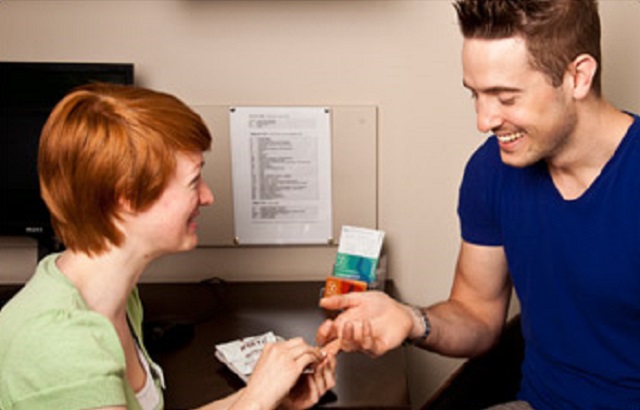 In a large randomised controlled trial carried out amongst 40 GP surgeries in East London, half were randomly assigned to offer opt-out rapid HIV testing to newly registering adults (44,971 patients) and the other half continued usual care (38,464 patients).

The research team then measured how many patients were newly diagnosed with HIV, and how early the virus was detected as reflected in the patients’ CD4 counts at the point of diagnosis (the measure of the body’s immune system which indicates whether HIV treatment is needed).

In the intervention group offering HIV screening, more than double the number of patients were diagnosed with HIV (32 patients) compared with the control group where testing was not offered (14 patients).

In addition, CD4 counts of patients diagnosed with HIV in the control practices were on average lower at diagnosis than those diagnosed in intervention practices, meaning the patient’s immune system was more compromised and immediate treatment more likely to be needed.

Dr Werner Leber, Lead Author at Queen Mary University of London, said: “This is a much needed study and confirms our recommendations that screening for HIV in high prevalence areas is effective at increasing detection of the virus and diagnosing patients earlier. Early diagnosis is crucial. Not only so patients can access the care and treatment they need, but also so they can take steps to ensure the virus is not passed on to others.”

Routine HIV screening in areas of high prevalence has been recommended by the National Institute for Health and Care Excellence (NICE) – however, they have pointed out a lack of randomised trial data to support their recommendations.

Professor Chris Griffiths, Co-Author also at Queen Mary University of London, added: “These findings are the strongest evidence yet that screening for HIV is effective. Screening in GP surgeries in areas of high HIV prevalence can make a critical contribution to early HIV diagnosis and prevention efforts. GP surgeries should be supported to offer screening as a priority.”

Over 100,000 people are living with HIV in the UK and around one in five are undiagnosed – meaning they are not accessing treatment and are more likely to be passing the virus on.

London as a whole has the highest rate of HIV prevalence in the UK, with Lambeth, Southwark, Lewisham, Hackney, Newham and Tower Hamlets having particularly high rates. In the rest of the UK, areas of high prevalence include Manchester, Birmingham and Brighton.

Dr Werner Leber concludes: “This study shows that effective collaboration between HIV specialists, GPs, and public health bodies improves care for patients living with HIV. Being diagnosed in general practice can make a real difference to a patient’s life, and as a result of this study, more patients living with the virus have seen a specialist for timely treatment and support. People living with HIV who are diagnosed early and respond well to treatment can live long and healthy lives as well as maintain healthy relationships with their partners.”

This study was funded by the Department of Health and NHS City and Hackney.