QMUL researcher nominated for Women in Science and Engineering Award

Professor Amrita Ahluwalia has been nominated in the research category in the awards that recognise those who lead the way for women in science, technology, engineering and maths. 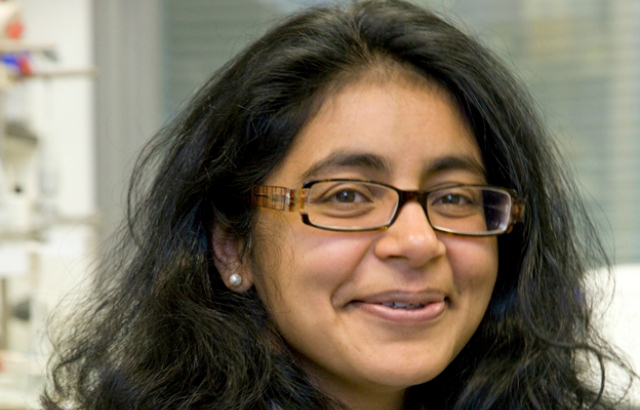 2015 has been a fantastic year for Professor Ahluwalia from QMUL’s William Harvey Research Institute - following the publication of her research into the use of dietary nitrate supplementation, by drinking beetroot juice, to lower blood pressure, her research demonstrating that administration of nitrite into a blocked coronary artery prior to stent implantation positively impacts on heart cell survival following a heart attack and her appointment as Editor-in-Chief of the British Journal of Pharmacology, she has now been nominated for a prestigious WISE Award for research.

The WISE Awards celebrate the work of individuals and organisations who are leading the way for women in science, technology, engineering, and maths. Speaking about this year’s nominations, WISE Director, Helen Wollaston, said: “I was blown away by the passion, energy, commitment and sheer dogged determination of the girls and women we met yesterday. They are shining examples of talent which is changing the face of the UK’s science, technology and engineering industries, to keep us at the forefront of global innovation and make the world a better place”.

Professor Ahluwalia’s research has received massive attention over the past 5 years, culminating most recently with her publication, revealing that daily beetroot juice lowered blood pressure in patients with high blood pressure. It was the first evidence of its kind and made Professor Ahluwalia, highly visible as a women in science research.

Speaking about her nomination, Professor Ahluwalia, said: “I was honoured to be nominated both by colleagues within SMD and separately by The British Pharmacological Society. The prizes supported by WISE provide an important opportunity to recognise the great achievements of women in many areas of SET’.

The 15th annual WISE Awards ceremony takes place on 12th November and will be presented by Her Royal Highness The Princess Royal. Professor Ahluwalia is nominated in the Research Award category, sponsored by Thales.