Global health experts believe the current data on cancer prevalence, incidence and mortality in sub-Saharan Africa – which determines how billions of pounds of international development money is spent – are weak and could mean vital funds are being deflected from other priorities. These include diarrhoeal and waterborne diseases, malnutrition, sanitation and the need to strengthen health systems. 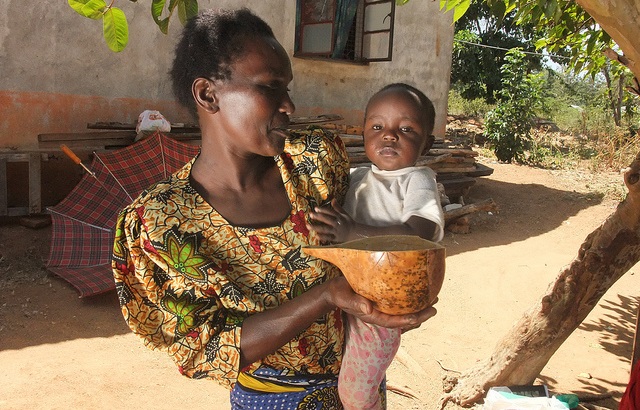 Cancer data compiled by the World Health Organisation’s (WHO) GLOBOCAN project has huge global influence and is used by Governments and international NGOs to determine health and funding priorities in sub-Saharan Africa. However, no independent evaluation of the data has ever been undertaken.

For the first time, experts from Queen Mary University of London have critically evaluated all publically available information on the quality of cancer registration systems in sub-Saharan Africa. The team found that, despite poor population coverage and weak cancer registration systems methods (with the notable exception of the Gambian National Cancer Registry), the statistics generated by GLOBOCAN 2008 went on to be regularly cited by highly influential international funders to support their projects, without any caveats around their quality.

Published in the Journal of the Royal Society of Medicine, the study highlights that almost 300 million people live in sub-Saharan African countries where there are no cancer registration systems. In those countries with registries, figures are predominantly gathered from large hospitals in urban areas, meaning results are disproportionately based on city data and on those able or willing to seek medical attention.

GLOBOCAN publishes cancer estimates for 184 countries. However, data gathered in countries with universal cancer registration coverage and high quality data collection systems are given equal weight to those countries with poor quality data, limited coverage and even no coverage. In most cases, data weaknesses mean the statistics estimated are not applicable to national populations as a whole, or to other sub-Saharan African countries.

Professor Allyson Pollock, Global Health Expert at Queen Mary University of London, comments: “Our research casts significant doubt on the usefulness and applicability of sub-Saharan cancer statistics routinely used by global health funders to determine priorities. We urge organisations such as the WHO, DfID, the World Bank and the Bill and Melinda Gates Foundation to reconsider their use of these cancer statistics until methodology is improved. We also feel the GLOBOCAN project should continue to be more transparent in clarifying the quality – or lack thereof – of their data.”

Dr Tim Crocker-Buqué, who led the research at Queen Mary University of London, comments: “The true incidence and prevalence of cancer in sub-Saharan Africa remains largely unknown. It is therefore extremely worrying that GLOBOCAN statistics are being relied upon so heavily to set priorities, with huge amounts of money at stake. Global health funders should review their cancer programmes in light of the problems with evidence upon which they’re based. The international community should put more resources behind improving the public health systems to ensure high quality health data and cancer registration systems in sun-Saharan African countries, especially where the WHO uses them in support of major interventions.”

Traditionally infectious diseases have been the biggest health threats in low and middle income countries. However, in recent years greater focus has been placed on cancer – in particular, cervical cancer. For example, GLOBOCAN statistics have been used to support the rollout of the HPV vaccine and are often the only epidemiological data cited. The absence of strong surveillance systems for monitoring incidence and changes in mortality cast serious doubt on the ability of the international community to ever be able to evaluate the effectiveness and safety of the programme.

Since the publication of the 2008 GLOBOCAN estimates in 2010, the African Cancer Registry Network has been founded in order to improve data quality and population coverage, this paper provides an important baseline against which to judge GLOBOCAN estimates for 2012, which were published last year.