Professor Amrita Ahluwalia from Queen Mary University of London (QMUL) has been awarded the 2015 Prize for Research by the WISE (Women in Science and Engineering) Campaign. 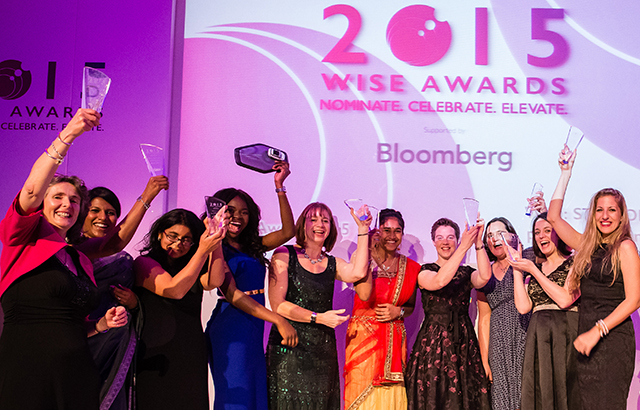 The WISE Awards is an annual event to celebrate women in science, technology, engineering and maths (STEM) and an opportunity to recognise inspiring organisations and individuals actively promoting STEM to girls and women.

The WISE Research Award was presented by Her Royal Highness The Princess Royal at a special ceremony at the Grange Hotel St Paul's, London on Thursday night.

Amrita Ahluwalia, Professor of Vascular Pharmacology and Deputy Director of QMUL’s William Harvey Research Institute, said: “The WISE awards are an important national celebration of the excellence of women working and learning in the STEM subjects. I was so impressed by all of the nominees but particularly the many young and highly motivated women doing such amazing work”

Professor Ahluwalia’s research focuses on new prevention therapies for hypertension, using dietary interventions as well as pharmacology. Hypertension is a growing global epidemic affecting one billion people and her finding that vegetables such as beetroot can lower systemic blood pressure may offer simple additional options for blood pressure lowering.

Professor Ahluwalia also played a key part in QMUL’s School of Medicine and Dentistry receiving the Silver Athena SWAN award in April 2015, recognising a commitment to advancing women’s careers in STEM in higher education and research.

She is the first woman to receive the GlaxoSmithKline Prize in Clinical Pharmacology in its 40-year history. To support other women in the profession, she also established a Prize for Excellence in Pharmacology for Women, developed a mentoring scheme for the British Pharmacological Society and hopes to use campaigning for medical research charities to improve the position for women winning fellowships to take maternity leave.