The Statistics of Climate Change

Professor Norman Fenton writes about his role co-presenting a forthcoming BBC Four documentary on climate change and the importance of three key statistics. 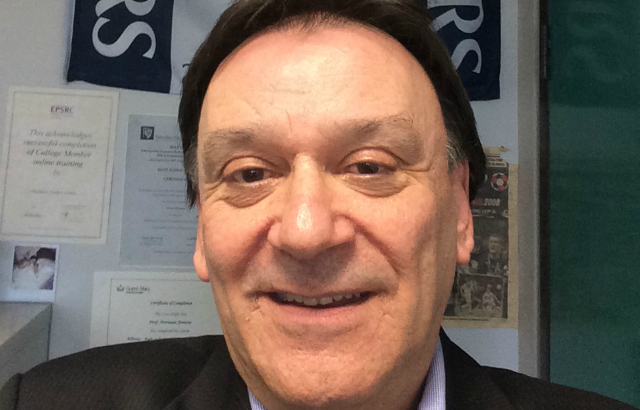 I have the pleasure of being one of three presenters of a documentary called Climate Change by Numbers, to be screened on BBC Four on 2 March 2015.

The motivation for the programme was to take a new look at the climate change debate by focusing on three key numbers that all come from the most recent Intergovernmental Panel on Climate Change (IPCC) report. The numbers were:

-       0.85 degrees (the amount of warming the planet has undergone since 1880)
-       95 per cent (the degree of certainty climate scientists have that at least half the warming in the last 50 years is man-made)
-       One trillion tonnes (the cumulative amount of carbon that can be burnt, ever, if the planet is to stay below ‘dangerous levels’ of climate change)

The idea was to get mathematicians/statisticians who had not been involved in the climate change debate to explain in lay terms how and why climate scientists had arrived at these three numbers. The other two presenters were Dr Hannah Fry (UCL) and Professor Sir David Spiegelhalter (Cambridge) and we were each assigned approximately 25 minutes on one of the numbers. My number was 95 per cent.

Being neither a climate scientist nor a classical statistician (my research uses Bayesian probability rather than classical statistics to reason about uncertainty) I found the complexity of the climate models and their underlying assumptions to be daunting. The relevant sections in the IPCC report are extremely difficult to understand and they use assumptions and techniques that are very different to the Bayesian approach I am used to. In our Bayesian approach we build causal models that combine prior expert knowledge with data.

In attempting to understand and explain how the climate scientists had arrived at their 95 per cent figure I used a football analogy – both because of my life-time interest in football and because, along with my colleagues Anthony Constantinou and Martin Neil, we have worked extensively on models for football prediction. The climate scientists had performed what is called an ‘attribution study’ to understand the extent to which different factors, such as human CO2 emissions, contributed to changing temperatures. The football analogy was to understand the extent to which different factors contributed to changing success of premiership football teams as measured by the total number of points they achieved season-by-season.

In contrast to our normal Bayesian approach – but consistent with what the climate scientists did – we used data and classical statistical methods to generate a model of success in terms of the various factors. Unlike the climate models which involve thousands of variables we had to restrict ourselves to a very small number of variables (due to a combination of time limitations and lack of data). Specifically, for each team and each year we considered:

This was analogous to what the climate scientists’ models were showing when the human CO2 emissions factor was removed from their models; the previously good fit to temperature was no longer evident. And, analogous to the climate scientists’ 95 per cent figure derived from their models, we were able to conclude there was a 95 per cent chance that an increase in turnover of 10 per cent would result in at least one extra premiership point.

Obviously there was no time in the programme to explain either the details or the limitations of my hastily put-together football attribution study and I will no doubt receive criticism for it (I am preparing a detailed analysis).  But the programme also did not have the time or scope to address the complexity of some of the broader statistical issues involved in the climate debate (including issues that lead some climate scientists to claim the 95% figure is underestimated and others to believe it is overestimated). In particular, the issues that were not covered were:

• The real probabilistic meaning of the 95% figure. In fact it comes from a classical hypothesis test in which observed data is used to test the credibility of the ‘null hypothesis’. The null hypothesis is the ‘opposite’ statement to the one believed to be true, i.e.  ‘Less than half the warming in the last 50 years is man-made’. If, as in this case, there is only a 5%  probability of observing the data if the null hypothesis is true, the statisticians equate this figure (called a p-value) to a 95% confidence that we can reject the null hypothesis. But the probability here is a statement about the data given the hypothesis. It is not generally the same as the probability of the hypothesis given the data (in fact equating the two is often referred to as the ‘prosecutors fallacy’, since it is an error often made by lawyers when interpreting statistical evidence).
• Any real details of the underlying statistical methods and assumptions. For example, there has been controversy about the way a method called principal component analysis was used to create the famous hockey stick graph that appeared in previous IPCC reports. Although the problems with that method were recognised it is not obvious how or if they have been avoided in the most recent analyses.
• Assumptions about the accuracy of historical temperatures. Much of the climate debate  (such as that concerning the exceptionalness of the recent rate of temperature increase) depends on assumptions about historical temperatures dating back thousands of years. There has been some debate about whether sufficiently large ranges were used.
• Variety and choice of models. There is no doubt that, although there are variations in the levels of confidence, all of the multiple climate models used in the study support the 95% figure. Indeed most actually have a much higher level of confidence in the impact of human C02 emissions. However, there are many strong common assumptions in all of the models used and it has been argued that there are alternative models not considered by the IPCC which provide an equally good fit to climate data, but which do not support the same conclusions.

Although I obviously have a bias, my enduring impression from working on the programme is that the scientific discussion about the statistics of climate change would benefit from a more extensive Bayesian approach. Recently some researchers have started to do this, but it is an area where I feel causal Bayesian network models could shed further light and this is something that I would strongly recommend.

Acknowledgements: I would like to thank the BBC team (especially Jonathan Renouf, Alex Freeman, Eileen Inkson, and Gwenan Edwards) for their professionalism, support, encouragement, and training; and my colleagues Martin Neil and Anthony Constantinou for their technical support and advice.