Wearable technologies, including a bag that tracks what’s in it, a jacket that helps people make introductions and a necklace that connects people in long-distance relationships, are among innovations being demonstrated by QMUL researchers at the Wearable Technology Show 2015. 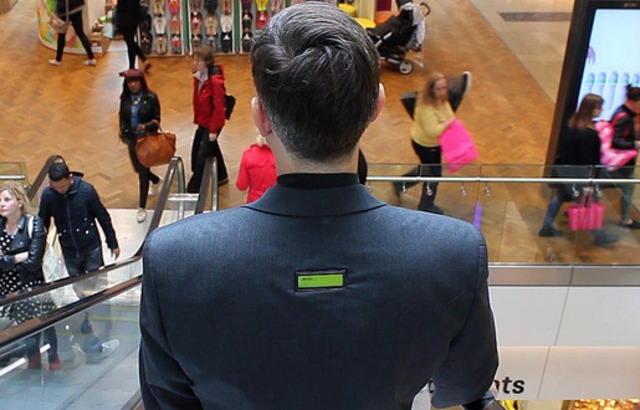 QMUL researchers from the Media and Arts Technology programme which gives students interdisciplinary training in the technologies and science that are transforming the creative industries, have been displaying the results of their research at a leading conference in London.

In the week that Apple unveiled its first smartwatch hundreds of organisations gathered to display their innovations and it was QMUL ideas that were getting some of the greatest attention.

Christine Farion’s Message Bag uses radio frequency identification to track which items have been placed in a handbag clearly displaying them on the outside so that a glance shows whether the user has their keys or phone with them. Christine’s research is based on using technology to eliminate the worry caused by forgetfulness.

The Icebreaker jacket developed by Nanda Khaorapapong, uses near-field communication to exchange information between wearers when they shake hands and calculates a social compatibility score based on profiles and preferences they’ve previously given. Nanda designed the jacket to help shy people overcome the awkwardness of meeting new people.

As Yulia Silina moved between many countries before settling in London she met many people who lived away from their loved ones so she decided to develop something that allows wearers to subtly express their affection over long distances.

The other QMUL exhibitors were Antonella Mazzoni, whose technology allows deaf users to experience films through vibrations, and Berit Greinke who is developing cutting edge electromagnetic materials for use by textile designers.