The new cross-faculty Institute of Bioengineering at Queen Mary University of London (QMUL) celebrated its launch with a photo competition for staff and students. 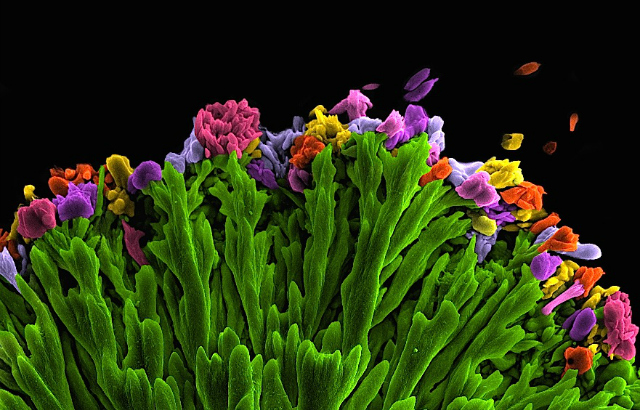 Kseniya Shuturminska won the competition with her coloured scanning electron microscopy image of an apatite-like mineral grown in the presence of proteins on a polydimethylsiloxane substrate, titled Bouquet. The work looks to understand the formation of teeth in order to lead towards developing treatment for dental caries. As the winner, she received a prize donated by Zeiss. 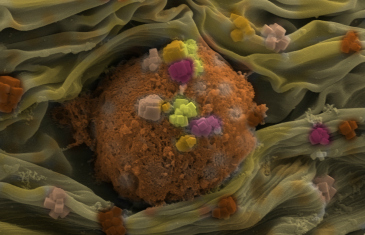 Kseniya said: “Art like this gives us the opportunity to display our scientific work in an interesting and creative way to the general public. I like to present my electron microscope images by false colouring them to suggest something familiar, in this case a bouquet of flowers.”

Other entries included images of cells, tissue, proteins and membranes while those submitted to the competition are now on permanent display in QMUL’s Mile End campus.