A first year student from Queen Mary University of London has won a prestigious industry award for developing a smart solution to food waste. 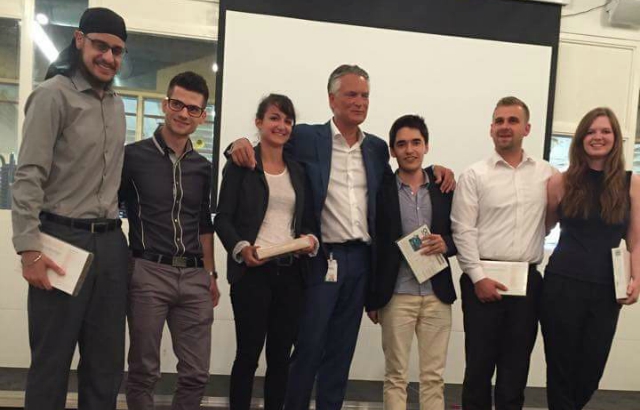 Balwinder Singh, a student of Multimedia and Arts Technology at QMUL’s School of Electronic Engineering and Computer Science, won the award at IBM’s Best Student Recognition event in Amsterdam.

The annual gathering brings together some of the brightest minds in Europe, the Middle East and Africa and offers students a unique opportunity to apply creative thinking to complex modern problems. The theme for this year’s event was Smarter Food: don’t waste it, taste it!

Students who are selected for the three day programme gain an immersive insight into IBM’s business and innovation strategy, participate in challenges set by the organisers, and get involved in networking sessions.

The event culminates in a ‘Dragon’s Den’ style challenge for students, which this year focused on innovative ways to tackle the growing problem of food waste. In the UK alone, we throw away more than 7 million tonnes of food and drink each year. As well as having a negative environmental impact, food waste can cost a family with children up to £60 per month.

Balwinder won over the judges with a concept called ‘FoodPrint’, which helps busy shoppers and families answer the ‘do I really need that?’ question while in the supermarket.

“If you were shopping and went to pick up eggs, an app on your phone would communicate with the smart-fridge to determine if you already had any eggs. If this was the case then you would be informed that you did not require further eggs, thus reducing your overall FoodPrint.

"As an incentive for consumers we also came up with a point system which would function through partnerships with organisations to offer rewards for cutting down on waste, as well as a leader board which would be generated to introduce a game element.”

Balwinder said he was “elated” to win the award from such a distinguished panel of judges and in the face of such strong competition from other teams.