BAFTA-winning physics-based model building game Sodaconstructor has launched a Kickstarter to bring the constructor experience to a new generation through mobile. 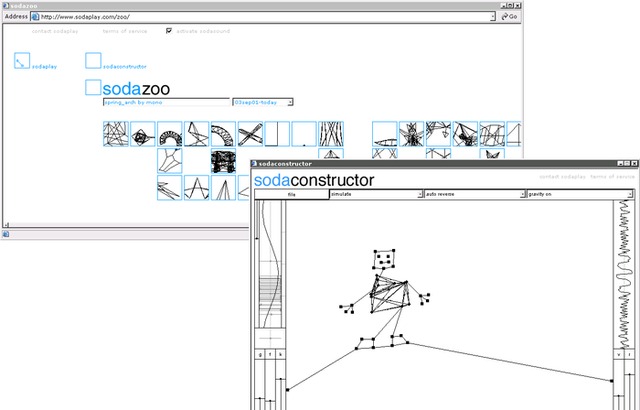 Sodaconstructor, was created by SoDA (Society of Digital Artists) nearly seventeen years ago Sodaplay and has a long history of support from QMUL. There are close to one million models in the Sodaconstructor database made by close to 300,000 registered users, and the online game is still hugely popular with creative gamers, STEM students and teachers from around the world. However, the game is still running on Java, and is slowly losing compatibility with modern browsers.

Soda has built a simple prototype version of Sodaconstructor for iOS devices and HTML5 but needs additional funding to produce a modern web app bring the existing database of models into the new system, improve the user interface for mobile devices and to create a version for Android. These changes will also allow Sodaplay to integrate with social media.

Professor Peter McOwan Vice-Principal for Public Engagement at QMUL said, “From the Royal Society summer exhibition in London to classrooms and homes the world over Sodaconstructor has become an internet phenomena, supporting an explosion of human creativity and scientific exploration.

“We’re delighted to be working again with soda bringing this unique experience bang up to date with today's mobile technologies and harnessing the power of social media, to unleash a new global wave of creative play and learning.”

The Sodaconstructor Kickstarter launched on 14 January and is looking to raise £25,000 in the month to Valentine’s Day.

Mitch Resnick LEGO Papert Professor of Learning Research, MIT Media Lab, said, “There are already lots of digital games in the world. What we need are more digital toys. Sodaplay was one of the first and best digital toys. It’s quirky, playful, inspiring, and mesmerizing.”