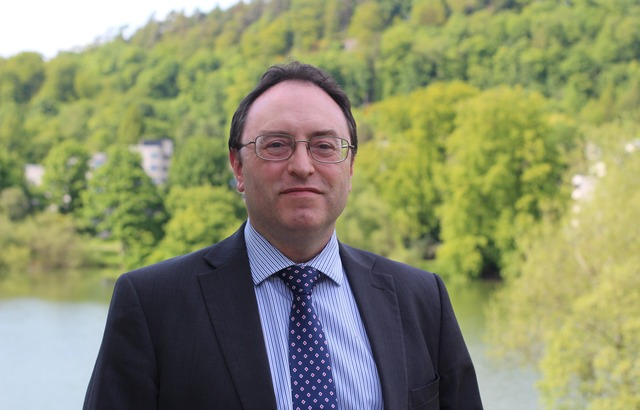 QMUL has announced the appointment of Professor Edmund Burke as Vice Principal (Science and Engineering). Professor Burke joins QMUL from the University of Stirling and will take up his post from September 2015.

Professor Edmund Burke is a distinguished computer scientist with a strong background in operational research. He obtained his PhD in Computer Science and Mathematics from the University of Leeds before joining the University of Nottingham. He held several academic positions at Nottingham, where he served ultimately as Dean of the Faculty of Science, before his move to Stirling where he is currently Senior Deputy Principal and Deputy Vice-Chancellor.

He has maintained an active research programme which will continue at QMUL within the School of Electronic Engineering and Computer Science, where he will also hold the title of Professor of Computer Science and Operational Research.

QMUL’s Faculty of Science and Engineering is made up of five academic schools: Biological and Chemical Sciences, Physics and Astronomy, Electronic Engineering and Computer Science, Engineering and Materials Science, and Mathematical Sciences. In the recent REF round, the faculty improved its GPA rankings in every unit of assessment for which a submission was made.

“Edmund has combined a highly distinguished academic career with notable success in the senior leadership positions that he has held. We are delighted that he is joining QMUL, where he will help to maintain the world class research output from the Faculty of Science and Engineering and continue the expansion of our teaching provision both in the UK and abroad.”

“I am delighted to be joining the university’s senior team as Vice-Principal for Science and Engineering.  Queen Mary has an outstanding reputation for teaching and learning which is underpinned by excellence in research and innovation

“Science and engineering lies at the centre of the university’s many exciting developments and I look forward to helping to shape its future in this area.”