In the same way that humans sometimes remember things that didn’t actually occur, researchers have found that bees also misremember. False memories have never been observed in non-human animals before. 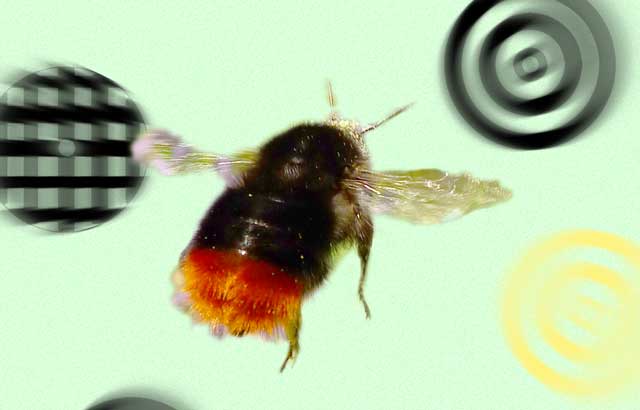 Researchers from Queen Mary University of London (QMUL) tested to see if bumblebees would confuse merged versions of patterns that had previously rewarded them with food with the ones they had actually seen. They found that if they’d previously been shown a flower with black rings and separately a yellow one that they would later seek food rewards from a flower with yellow rings on it.

This incorrect merging of long-term memories in bumblebees is similar to some types of misremembering information that have previously only been observed in humans. The researchers think that such memory errors are probably common in animals whose lifestyle involves regularly juggling multiple memories.

Professor Lars Chittka, from QMUL’s School of Biological and Chemical Sciences, said: “Anyone who’s ever found themselves misremembering things in an exam will be able to sympathise with these bumblebees. That people form false memories is well understood but it has never been seen in other animals before.

“There are a lot of similarities between our own memories and those of other animals. The more we know about the way that memory works in the animal kingdom the more we’ll be able to understand our own memory and the problems we have with it.”