A Queen Mary University of London (QMUL) medicine student has been shortlisted for a national volunteering award after creating a project to help chronically ill young children. 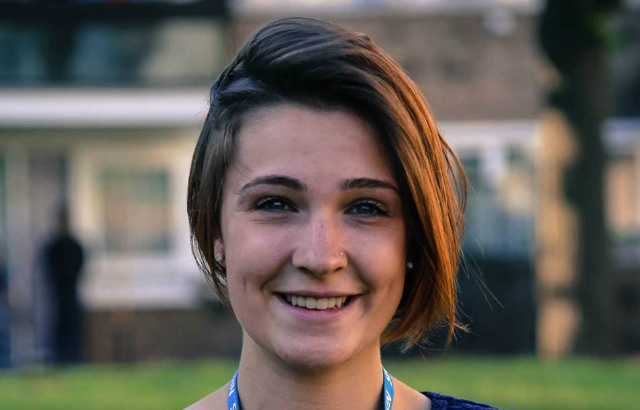 Harriette Pearson has made it through to the final five of the Student Volunteer of the Year awards with her idea, Project Play, and will go to the Houses of Parliament on 23 February where the winner will be announced.

The 22-year-old appealed to the judges after she identified an opportunity for medical students to engage with kids and teenagers admitted to hospital by setting up volunteer play groups to bring the two together.

So far 47 student volunteers have taken part in the scheme which has been run at The Royal London Hospital in Whitechapel since the beginning of the academic year 2014/15 and aims to make hospital life better for youngsters by setting up activities outside of their usual specialist play hours.

The sessions have helped boost the confidence of the patients involved and developed communication and understanding skills.

Harriette said: “I feel immensely proud of the project but not specifically of my personal achievements. I feel proud of the lead volunteers, who I see leading sessions with confidence and skill, shouldering the responsibility of looking after a large group of sick children with apparent ease.”

She added: “I was definitely surprised by the nomination and am very much looking forward to the event. It is an excellent occasion to buy a new dress.

“I would love to see Project Play continue for many years to come in whatever form the future chair wants to take it. We are looking at setting up more provisions for teenagers, for example we are planning a Young Enterprise award in March.”

If Harriette wins the award she will be given the opportunity to donate £1000 towards a charity or volunteering project of her choice.

A spokeswoman from Student Hubs, which organises the awards, said: "Our judging panel spent several hours deliberating over the dozens of nominations that we received this year. It was a very difficult decision but Harriette stood out and the judges unanimously agreed that she belonged in the top five."

"The judges were impressed by Harriette’s determination to create something to address an issue that she had identified. They also recognised her leadership abilities, saying 'to overcome the barriers often faced by busy medical students and to provide a relevant opportunity that benefitted everyone involved is a fantastic accomplishment.'"