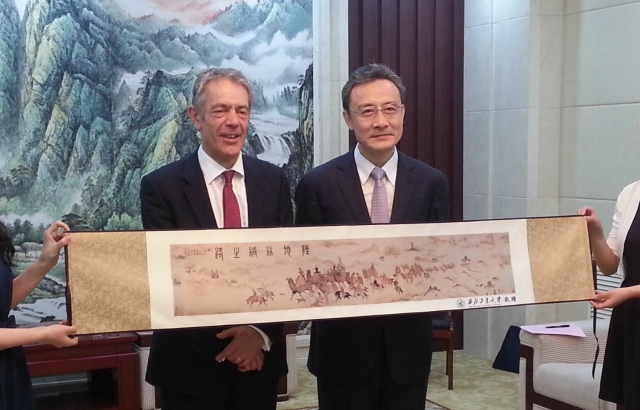 The partnership, which will focus on materials science, technology and engineering in the first instance, will support a range of activities including joint teaching, research, faculty and student exchange and build on QMUL’s extensive experience of working in transnational education projects in China. Combining the best in UK and Chinese academic practice and quality assurance, the partnership aims to provide high quality education, underpinned by research, to a new generation of internationally aware students.

Northwestern Polytechnical University (NPU) is located in the ancient capital city of Xi'an, Shaanxi Province. It is a research-oriented, multi-disciplinary university with particular strengths in aerospace and marine engineering and materials science. It is one of the national 985 project universities in China and is affiliated to the Ministry of Industry and Information Technology.