Internationally renowned British microwave engineer Professor Peter Clarricoats, who worked at QMUL for nearly 50 years, is to receive one of the Royal Academy of Engineering’s highest accolades, the Sir Frank Whittle Medal, for his influential achievements. 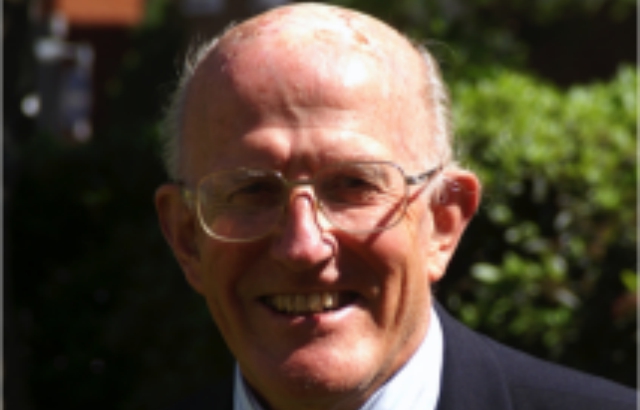 The Emeritus Research Professor will receive the honour at the Academy’s AGM in London on Monday 21 September.

Professor Clarricoats’ successes have ranged from pioneering research with Nobel laureate Sir Charles Kao on optical fibre technology, to influential work on the design and development of high-performance microwave antennas for space-borne satellite communications. His immense contributions have made him one of the best-known microwave engineers of his generation.

Professor Clarricoats said: “Since I joined the academic world from industry in 1959, I have been able to start research groups at Queens University Belfast, the University of Leeds and finally at Queen Mary University of London where I have spent the last 47 years. In all three I was greatly helped by outstanding colleagues and from the outset was fortunate to have support from industry, government and the European Space Agency. We had great success in solving many of the problems they posed, often with innovative ideas. My message to academics is to get involved with industry.”

Academy Past President Sir David Davies, who supported Professor Clarricoats’ nomination, said: “I have known Peter since the 1960s and have always been an admirer of his work. His long and substantial list of major contributions to the field of microwaves and antennas, extending well beyond his retirement, speaks for itself. I am delighted that he is to receive the 2015 Sir Frank Whittle Medal.”

Since his partial retirement, Professor Clarricoats has remained as an emeritus professor at QMUL and continued his industrial and senior government appointments with institutions including the Ministry of Defence and the European Space Agency.