A person with MS who works with QMUL to talk about her experience of the condition has been selected to appear in a special Comic Relief edition of Strictly Come Dancing. 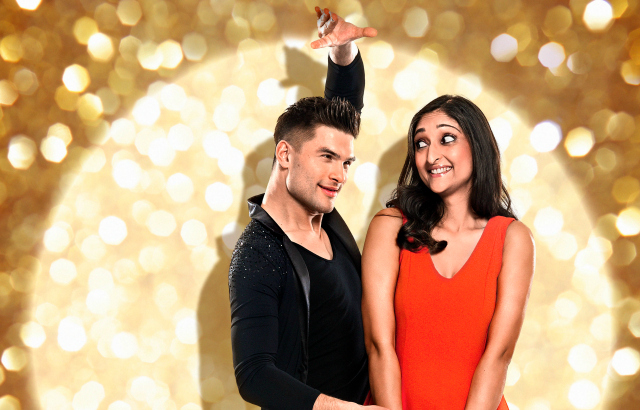 Trishna Bharadia contributes to courses run by Professors David Baker and Gavin Giovannoni, both of the Blizard Institute, to help teach about MS and work on public engagement activities.

Six contestants, each with an inspiring story, have been chosen to take part in the programme which will pair them with a professional dancer from Strictly Come Dancing before they attempt to become People’s Strictly champion which will be part of the live Comic Relief broadcast.

As part of the build-up to the show background features on the contestants, including Trishna, will be aired from 25 February on BBC One in which Professors David Baker and Gavin Giovannoni were filmed.

In a recent interview Trishna said: “Being on Strictly is everything that I dreamt it would be, and more – every time I think it can’t get any better it just does.

“It’s an exhausting process though and for someone with MS it’s probably doubly, triply exhausting. It has been really tough that way.

“Coming into this process was quite daunting because I knew I was going to have to explain to people what living with MS is like and how I have to plan my life in order to cope with it.”

Professor Gavin Giovannoni and Professor David Baker head up the neuroimmunology group at QMUL with their main disease focus being multiple sclerosis. Their research is centred on immune tolerance strategies, developing neuroprotective and neurorestorative therapies for progressive multiple sclerosis and manipulating cannabinoid biology as a therapeutic strategy to improve the symptoms of multiple sclerosis.