How did scientists create the miracles behind the technology we take for granted, what problems did generational conflict pose in 1960s Germany and how can economists create better jobs? 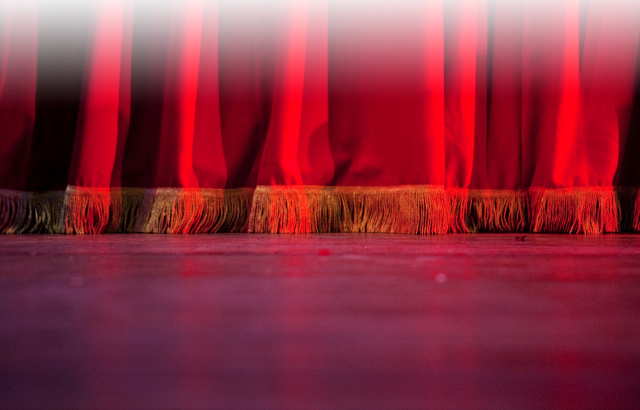 Academics at Queen Mary University of London (QMUL) will provide insight and ideas on these topics and others as part of the university’s new inaugural lecture series which starts on 21 October and is open to the public.

Details on the first batch of lectures throughout October and November are below with links to reserve tickets which can also be found via http://www.qmul.ac.uk/events/. Attendance is free but you must register to attend.

‘Understanding how to create more and better jobs’ - Professor Pedro Martins
WHEN: Wednesday 21st October at 6.30pm
WHERE: Skeel Lecture Theatre
The labour market plays a critical role in the economy, in society and in our individual lives. Understanding how the labour market operates and how its functioning can be improved is very important for policy makers, firms and all citizens. Fortunately, the last 20 years have witnessed a marked improvement in theory, evaluation methods and data. In this lecture Professor Martins will present some of his contributions to the discipline. He will also call on a greater interaction between researchers in economics and other fields of study as well as other stakeholders to promote further improvements in labour market evidence, policy and outcomes. Pedro Martins is Professor of Applied Economics at QMUL and former Secretary of State for Employment in Portugal. His main research area is labour economics, having published several articles in leading journals and collaborated with a number of international organizations, statistics agencies, multinational firms and NGOs.
TICKETS: https://www.eventbrite.co.uk/e/meet-our-professors-understanding-how-to-create-more-and-better-jobs-professor-pedro-martins-tickets-18510682951

‘Don’t trust anyone under thirty? Being old in the sixties’ - Professor Christina von Hodenberg
WHEN: Thursday 22nd October at 6.30pm
WHERE: Skeel Lecture Theatre
Historians read the sixties as the age of student revolts, youth subcultures and generational conflict. But this is only half the story. For there were old people, too, and they responded in their own ways to protests and new values. In West Germany, a country deeply affected by the aftermath of war and Nazism, acrimonious generational conflict allegedly pitted rebellious young men and their Nazi fathers against each other. A closer look at elderly Germans will reveal a different picture. Professor von Hodenberg has written widely on the social and cultural history of nineteenth and twentieth century Germany and will be launching her new book ‘Television’s Moment: Sitcom Audiences and the Sixties Cultural Revolution’ at the lecture. In 2014 she won the Humboldt Research Award granted in recognition of her achievements to date within her discipline. A reception will follow with drinks and food.
TICKETS: https://www.eventbrite.co.uk/e/meet-our-professors-dont-trust-anyone-under-thirty-being-old-in-the-sixties-tickets-18185581564

‘Material Miracles’ - Professor William Gillin
WHEN: Wednesday 25th November at 7.00pm
WHERE: Skeel Lecture Theatre
Much of the technology we take for granted would have seemed miraculous even 30 years ago. The majority of these technological breakthroughs are based on developments in the fabrication of new materials. This lecture will highlight some examples of the ways materials have influenced he modern world and go on to explain the current research that may lead to future miracles. Professor William Gillin is the Director of the Materials Research Institute at QMUL and the UK Director of the Sino-British Materials Research Institute at Sichuan University, China. His research is focused on the electrical and optical properties of novel semiconducting materials. A reception will follow with drinks and food.
TICKETS: https://www.eventbrite.co.uk/e/material-miracles-professor-william-gillin-tickets-18348471773