In a recent study Dianna Smith and Graham Kirkwood, of QMUL’s Blizard Institute, found there were more childhood injuries in areas of deprivation but, they write, with a thorough recording process better prevention can take place. 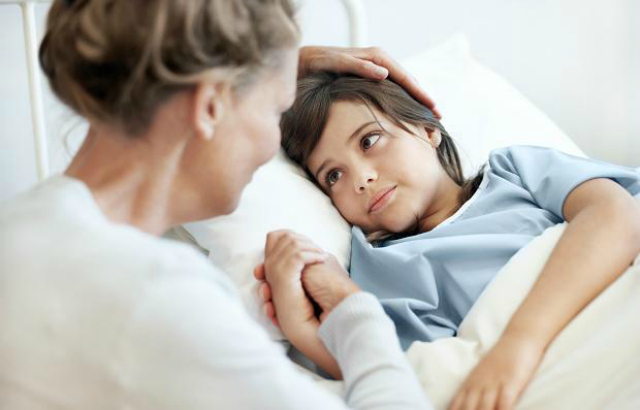 Rarely a week passes when we don’t see a news piece on a traumatic injury, particularly accidents involving cyclists in London. The issue of safety for cyclists was the focus of a new project called Bespoke, funded in part by Barts Trust Charity, which highlights the lack of information available about cycling injuries. Unfortunately it is a similar story for all injuries sustained in London, with little information available for incidents including those involving children.

Sadly, injuries in children are more common than one might expect. There were 1083 avoidable deaths in 2012 in England and Wales in 1-19 year olds according to the Office for National Statistics. Of these, 599 (55.3 per cent) were due to injury which breaks down further to 33.7 per cent from unintentional injury and 21.6 per cent from intentional injury. In order to prevent such injuries from occurring researchers and clinicians need to understand more about the circumstances surrounding serious injuries to children. With better information about the location and what the child was doing at the time of injury, more effective prevention could be implemented. One example is the creation of Laela’s Law in Minnesota, USA following a child’s fall from a window.

Recently we carried out an audit at the Royal London Hospital, home to London’s Air Ambulance and a major trauma centre for England. We asked staff at RLH’s A&E department to collect information on all injury incidents for children under the age of 16 using a paper questionnaire for seven months in 2012. What we hoped to do was gather more details about the location and circumstances of the injury: where was the child, what where they doing and how did it happen? Were they at home and fell from a window? Or were they at school and injured during a sporting activity? Finally, is the paper questionnaire a realistic option to gather more information on injuries in children?

We used regularly collected data at the RLH to see how many of the under-16 year olds injured had a questionnaire completed. Were there any obvious patterns in the collected data, such as location? Did we have enough questionnaires returned to think about potential interventions to prevent any specific injury types or in certain population groups?

What we found in the results was consistent with the larger sample reported by the hospital using the Care Records Service (CRS): most injuries occurred at home (32.9%), school (22.0%) or on a road (20.3%). Falls made up nearly half of the injuries in our audit sample (49.8%), which is consistent with patterns in childhood injury. Importantly, when we looked at the child’s home location, there was a statistically significant relationship with area deprivation. That is, there were more injuries reported in areas with a higher classification for social and material deprivation. These areas should certainly be a priority for wider interventions to address childhood injury.

The results of the audit coverage were clear: less than 10 per cent of child injuries during the seven month period were collected using this method. Perhaps the most important outcome from our study was the evidence that in a busy A&E department it can be difficult for parents or staff to fill out another form. What would be preferable is to incorporate the questions into the electronic patient record as part of the note taking by medical or clerical (reception) staff. As a result of our initial audit, work began updating the electronic data collection system at Barts Health NHS Trust embedding injury data collection into the normal work routine of Trust staff. This is about to be launched at Newham hospital and in the future will be rolled out across the Trust. Additional questions for injured patients on location of injury, activity, mechanism, sport, road traffic collision details and alcohol drug use will be added to the current triage forms. This will significantly improve the data available to plan injury prevention initiatives in the areas served by these hospitals.