Scientists have found that reducing the size of tiny hair like structures on stem cells stops them turning into fat. The discovery could be used to develop a way of preventing obesity. 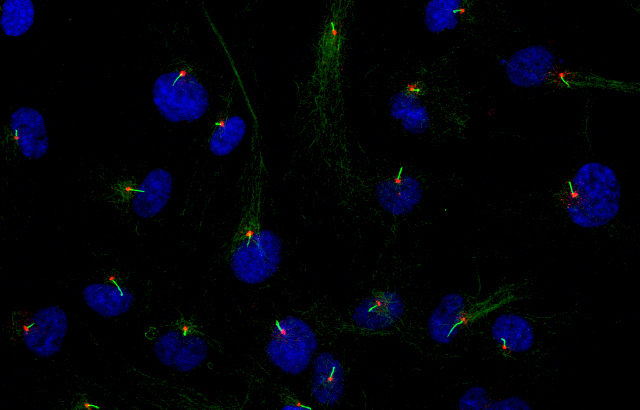 The research, conducted at Queen Mary University of London (QMUL), found that a slight regulation in the length of primary cilia, small hair-like projections found on most cells, prevented the production of fat cells from human stem cells taken from adult bone marrow.

Part of the process by which calories are turned into fat involves adipogenesis, the differentiation of stem cells into fat cells. The researchers showed that during this process of adipogenesis, the length of primary cilia increases associated with movement of specific proteins onto the cilia. Furthermore, by genetically restricting this cilia elongation in stem cells the researchers were able to stop the formation of new fat cells.

Recent research has found that many conditions including kidney disease, blindness, problems with bones and obesity can be caused by defects in primary cilia.

Melis Dalbay, co-author of the research from the School of Engineering and Materials Science at QMUL, said:

“This is the first time that it has been shown that subtle changes in primary cilia structure can influence the differentiation of stem cell into fat. Since primary cilia length can be influenced by various factors including pharmaceuticals, inflammation and even mechanical forces, this study provides new insight into the regulation of fat cell formation and obesity.”

Professor Martin Knight, a bioengineer and lead author of the research, said:

“This research points towards a new type of treatment known as ‘cilia-therapy’ where manipulation of primary cilia may be used in future to treat a growing range of conditions including obesity, cancer, inflammation and arthritis.”