Should Shakespeare be censored for sensitive times?

Should the works of Shakespeare’s plays be censored where there is a risk of offence? In this article, Dr Preti Taneja, Global Shakespeare Research Fellow, considers the issues. 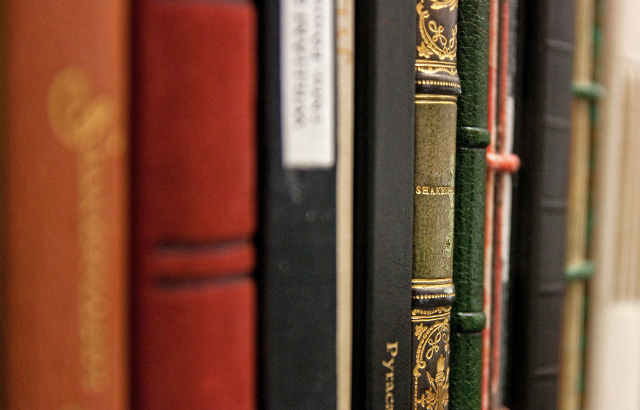 Shakespeare’s plays contain anti-Semitism, racism and sexism, sexual abuse and violence; they magnify the tenor of their age. But should they be censored when they might offend a particular community today?

"If a character says it, it doesn’t mean the author means it but since the Holocaust…These statements have a lot more resonance now than they did at that time."

The Merchant of Venice is the most obvious example here. It’s the play that most thoroughly reveals the anti-Semitism of Shakespeare’s day. Rylance’s words perhaps act as a kind of warning to theatremakers in our current climate of fear, heightened by the attack on a kosher supermarket in Paris following the shootings at Charlie Hebdo magazine in January.

Yet for other contemporary writers and directors, Shakespeare’s anti-Semitism offers a chance to highlight social injustice. Director Rupert Goold’s recently revived Merchant of Venice for the Almeida Theatre in London was a bright, brash show that set the play in Las Vegas. It turned the spotlight on the hypocrisy of Christian fundamentalism in a digital age.

The anti-Semitism of Shakespeare’s words was emphasised in one shocking scene where, following Shylock’s forced conversion from Judaism to Christianity, Bassanio’s men spit on him and film his humiliation on their mobile phones. He struggles to his feet and runs through the audience, implicitly damning all silent observers with his pained cries. On stage, Bassanio’s men laugh; to them anti-Semitism is no more than a moment’s entertainment. The implication is of course that soon their videos will find an airing on the internet.

It was deeply disturbing: a reminder of how anti-Semitism is alive in the heartland of kitsch and capitalist America. Reviewers called the show “revelatory” and “provocative”; two comments that support productions that don’t shy away from problematic subject matter in difficult times.

But my brief canvas of the audience after the show revealed opinion was divided. Some agreed with the reviews; others felt Goold’s production was irresponsibly extreme, guilty of expressing the racism it purportedly critiqued.

Next year sees the publication of A Wilderness of Monkeys, Howard Jacbson’s literary re-imagining of Merchant. Writing post-Holocaust gives him the chance to exploit the ambivalence in Shakespeare’s text. “Who is the hero of this play and who is the villain?” Jacobson said when the book was announced:

This does not only apply to English and Jewish authors. Across the world, Syrian writer-director Nawar Bulbul is currently producing Shakespeare with Syrian refugee children in Amman, Jordan. “I would not do Merchant of Venice”, he says. “For me to do that play would be taken as too controversial” (because of Syria’s majority Muslim affiliation).

Conversely, in 2012 leading British actors and directors (including Rylance) signed an open letter calling for the Jewish-Israeli Habima theatre production of Merchant of Venice to be barred from coming to the Globe theatre’s World Shakespeare Festival in London. They complained because of the company’s “shameful record” of performing plays in illegal Israeli settlements in Palestinian territories.

Jacobson responded by writing in the Observer that art “proceeds from, and addresses, our unaligned humanity … So to censor it in the name of political or religious conviction … is to tear out its very heart.” In the end the Habima production took place. Around 15 people were lead from the auditorium during the production for unfurling Palestinian flags.

With the complex contemporary politics this play throws into relief, Shakespeare has left directors and producers a thorny problem. Evidence from his other works suggests he was for free speech however, urging at the end of King Lear that we should “speak what we feel, not what we ought to say”. So perhaps he might have agreed with Jacobson rather than Rylance; as he advocated against censorship of any point of view, even if it might offend or oppose. In Richard II he writes:

"Free speech and fearless, I to thee allow."

Global Shakespeare is a unique partnership between Queen Mary University of London and University of Warwick that will shape the future research agenda in Shakespeare studies across criticism, performance, history and media; from television to digital reproduction.

By building on the strength of the Shakespeare scholarship of both universities, bringing them together with academics and practitioners from across other disciplines and cultural institutions, an exceptional interdisciplinary approach is being developed to the world's most celebrated writer as a global multimedia cultural phenomenon.

As part of this collaboration, Queen Mary University of London and University of Warwick have launched the UK’s first MA Global Shakespeare.