A new book from acclaimed historian Professor Richard Bourke chronicles the extraordinary life of Edmund Burke (1730-97), a leading philosopher and statesman of the eighteenth century. 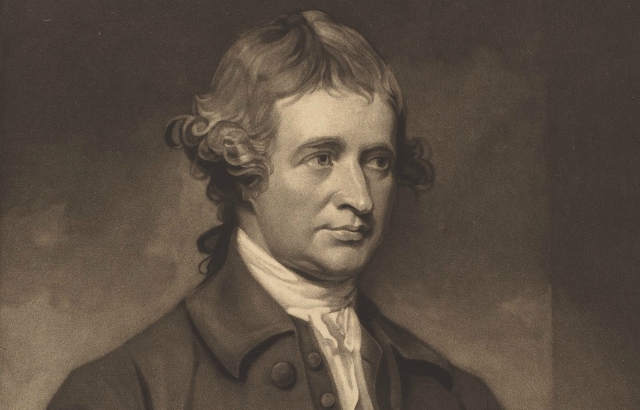 Burke lived during one of the most turbulent and consequential periods of world history. He grappled with the significance of the British Empire in India, fought for reconciliation with the American colonies, and was a vocal critic of national policy during three European wars.

He also advocated political and social reform in Britain, pressed for constitutional change in Ireland, and became a central player in the great debate on the French Revolution.

Empire and Revolution: The Political Life of Edmund Burke, published by Princeton University Press, is the most ambitious book on Burke to date. Drawing on a complete range of print and manuscript sources from across the globe, Professor Bourke peels away distortions that have marked Burke’s reception, and in doing so assembles a compelling account of a philosopher-in-action who shaped and influenced many of the most momentous social and political questions of his time.

According to Professor Bourke: “Edmund Burke’s contribution to public life was two-fold: first, he used the histories and political thought of his era in original ways – for example, the writings of Montesquieu, Hume, Rousseau and Adam Smith – to reflect upon the politics of Britain, the Empire, and Europe; second, he helped refashion debate about the major crises of his time – most conspicuously, the British conquest of India, the loss of the American colonies, and the French Revolution.”

He was, says Professor Bourke, a “deeply complex thinker; one whose contribution to politics defies easy categorisation”.

“Burke is often portrayed as an arch-opponent of both empire and revolution alike. My book argues that he was in fact a defender of imperial rule, although a passionate opponent of the abuse of imperial power. It also shows that he accepted the right to revolution, while repudiating the objectives of the Revolution in France.”

His complexity and intellectual depth is, says Professor Bourke, further borne out by the way in which he has been appropriated by the traditions and political thinkers of both left and right.

“He was first an icon of British liberalism and later a leading light of prudent conservatism across the world. Opposition between “left” Burkeans and “right” Burkeans has persisted ever since. These conflicting attempts to co-opt Burke tell their own story. His value for us can only be based on the long-term significance of his ideas,” said Professor Bourke.