A new book from QMUL historian Dr Thomas Asbridge tells the story of one remarkable man, the birth of the knightly class to which he belonged, and the forging of the English nation. 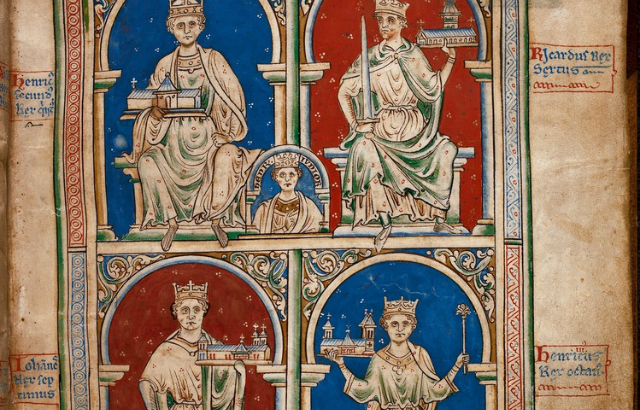 The Greatest Knight chronicles the life of William Marshal – a peerless warrior and paragon of chivalry – at a time when the West was emerging from the Dark Ages into modernity.

The Greatest Knight, launched at The Temple Church London on 5 February, brings to life the brutal realities of medieval warfare and the murky machinations of royal court. It draws upon an array of contemporary evidence – as well as a thirteenth century biography of Marshal – to present a compelling account of the Knight’s life and times.

According to Dr Asbridge, Marshal was “an extraordinary figure, but one who is often overlooked in historical accounts of the time”.

Over the centuries, the spectacular story of his achievements passed from memory. Marshal became just one more name in the dusty annals of history. Then, in 1861, a young French scholar named Paul Meyer made a startling discovery during an auction of rare medieval manuscripts.

Meyer stumbled upon the sole surviving copy of an unknown text – the first contemporary biography of a medieval knight, later dubbed the History of William Marshal. This richly detailed work helped to resurrect Marshal’s reputation, putting flesh onto the bones of this otherwise obscure figure

Marshal’s life, according to Dr Asbridge, is an astonishing – and highly unlikely – case of triumph in the face of overwhelming odds.

“As a five-year-old boy, William was sentenced to execution and led to the gallows, yet this landless younger son survived his brush with death, and went on to train as a medieval knight. Against all odds, William Marshal rose through the ranks – serving at the right hand of five English monarchs – to become a celebrated tournament champion, a baron and politician and, ultimately, regent of the realm,” said Dr Asbridge.

Marshal befriended the great figures of his day, from Richard the Lionheart and Eleanor of Aquitaine to the infamous King John, and helped to negotiate the terms of Magna Carta – the first ‘bills of rights’. By the age of seventy, the once-forsaken child had been transformed into the most powerful man in England, yet he was forced to fight in the frontline of one final battle, striving to save the kingdom from French invasion in 1217.

In a review in the Wall Street Journal, Dan Jones said:

“One of the most satisfying aspects of Mr Asbridge’s book is his ability to make sense of Marshal as someone who could instinctively square the dissonant demands of knightly honour and personal ambition. He was a man who would not kill an unarmed opponent but who happily beat a defenceless horse-thief with a plank of wood until one of his eyes was hanging out of his head.”

The book is published by Simon and Schuster.

Dr Thomas Asbridge is a Reader in Medieval History at Queen Mary University in London, and an internationally renowned expert on the history of the Crusades. He has written and presented a landmark BBC Two series on the Crusades and a documentary on William Marshal. He is the author of several acclaimed titles including: The First Crusade, and The Crusades.