‘Messiah at London's Foundling Hospital’ nominated for an international Emmy

‘Messiah at London's Foundling Hospital’, a documentary that was co-developed and co-presented by QMUL’s Professor Amanda Vickery, has been nominated for an international Emmy. 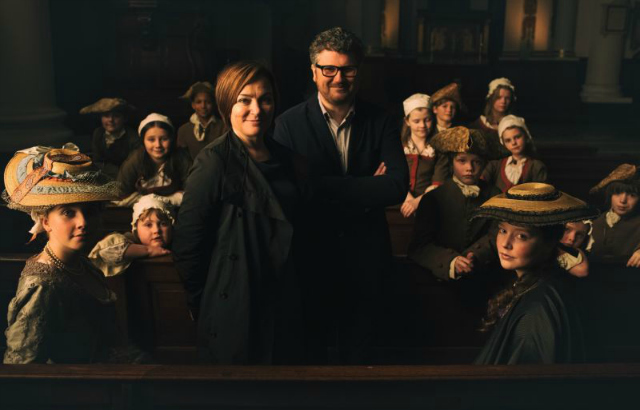 The documentary, which aired on BBC Two in April 2014, recreates the first performance of Messiah at the Foundling Hospital in 1750. It tells the story of how this special fundraising concert helped maintain the hospital and ushered in a golden age of philanthropy.

Exploring historical documents and artefacts, the documentary examines the plight of women in Georgian London, particularly how the attitudes of the time led mothers to abandon their babies at the hospital.

Co-presented by the BBC’s Tom Service, it also looks at the trials and tribulations faced by Handel in London and discovers how the composer became involved with the Foundling Hospital alongside another philanthropist of the day, the artist William Hogarth.

Nominations for the 2015 International Emmy Awards were announced on 5 October by the International Academy of Television Arts & Sciences. Winners will be announced at a black-tie Ceremony on November 23, 2015 at the Hilton New York Hotel.

Bruce L. Paisner, President and CEO of the International Academy of Television Arts & Sciences said: "Every year, the international television community competes to be recognised for excellence on the International Emmy's global stage. We congratulate the 2015 Nominees for their outstanding programs and performances."

‘Messiah at London's Foundling Hospital’ has already won the Czech Crystal for Best Documentary, a BAFTA Craft Award for sound, and was nominated for a Royal Television Society (RTS) award.