Let there be light: understanding our body clocks

Jet-lagged after a long flight? Exhausted after a week of night shifts? The vagaries of the human body clock affect everything from the quality of our sleep to how quickly we adjust to a new time zone. This post is based on a series of interviews with Professor Josephine Arendt, who transformed our understanding of how our body clocks respond to light and melatonin. 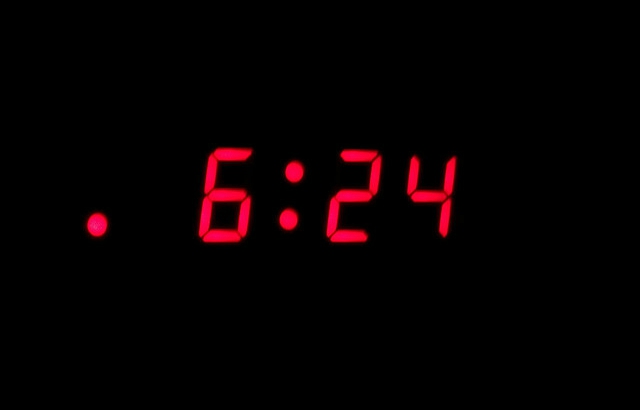 If you’ve struggled with sleep after a ten hour night shift, you’ll know how it feels to have your biological clock knocked out of sync.

Known as the circadian rhythm, our internal biological clocks will eventually adjust to new patterns, but many find it difficult or impossible to get enough daylight sleep, even after a long and tiring night time shift.

There are many practical reasons for daytime sleeplessness: the world wakes just as you’re going to bed; the city comes to life; sounds of nine to five life make it tough to sleep. There is though, an even more powerful barrier between you and a restful daytime sleep: light.

Our circadian rhythm is part of our biological system and is difficult to adjust. Even when we’re in a steady pattern of night shifts, with a quiet peaceful place to sleep the next day – our circadian rhythm sends signals to the body that interfere with the ability to sleep.

Light is one of the strongest influences on the body clock. It’s why even the experienced night shift worker will often hit a severe slump at work, yet still struggle to get enough sleep at home the next morning. The circadian rhythm resists the rota and is reluctant to comply with the need to rest.

This is largely the same phenomenon as that which affects jet-lagged air travellers, and those who live or spend time near either of the poles - three months of darkness, or the light of the midnight sun. Blind people too can experience disrupted sleep, because they are not exposed to the normal light cues that many of us take for granted.

Our understanding of biological rhythms – Chronobiology – is relatively recent, and much of the original research was led and pioneered by Professor Josephine Arendt, Emeritus Professor of Endocrinology in the University of Surrey

Professor Arendt trained as a biochemist and was the first scientist to investigate and measure the influence of melatonin – a hormone that anticipates the onset of darkness – and light in the behaviour of seasonal and circadian rhythms.

In the videos below, Professor Arendt is interviewed about her life and work by QMUL’s Professor Tilli Tansey, Director of the History of Modern Biomedicine Research Group. These interviews are part of a project, led by Professor Tansey, to record and examine the careers of the Makers of Modern Medicine. It is funded by the Wellcome Trust Strategic Award.

The History of Modern Biomedicine Research Group originated as the Wellcome Trust's History of Twentieth Century Medicine Group, set up in 1990 to develop and strengthen links between members of the biomedical research community and medical historians, and to promote and facilitate the study of the history of twentieth-century medicine and medical science by encouraging the creation and deposit of material sources for use by present and future historians.