A historian from Queen Mary University of London (QMUL) has uncovered the first confirmed image of Apollinariya Yakubova, considered by many to be the true love of Vladimir Lenin. Dr Robert Henderson, honorary research associate at QMUL’s School of History, discovered the photograph in the State Archive of the Russian Federation, while researching for his forthcoming book on the Russian revolutionary V. L. Burtsev. 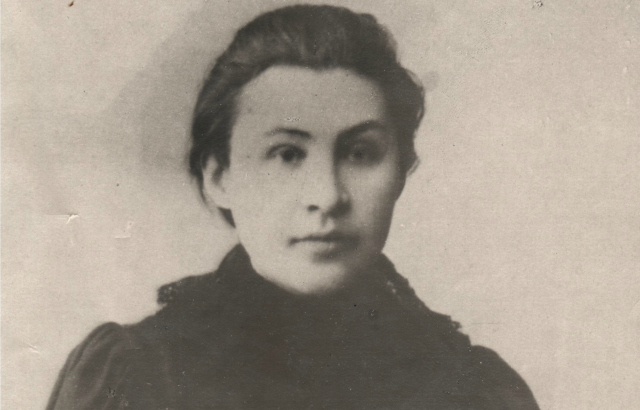 Apollinariya Yakubova was a firebrand of the revolution, who developed a strong bond with Lenin when the two lived in St Petersburg in the early 1890s. It is said that Lenin proposed to her at that time but was turned down. Academics have documented their explosive arguments over party policy, and have speculated as to whether Lenin ever fully recovered from Yakubova’s rejection of his marriage proposal.

Despite the voluminous research carried out on Lenin and his contemporaries little has been recorded concerning Yakubova’s time in Russia and even less is known of her years in London emigration.

The photograph therefore has “great historical relevance”, according to Dr Henderson.

“It confirms at last the reminiscences of her contemporaries, attesting to her beauty and a magnetic and forceful personality to which Lenin was inexorably drawn. We know he referred to her by the charming, diminutive term Kubochka, and later by the yet sweeter Lirochka. We can’t translate the words directly, but they conjure up an image of love, closeness, and deep tenderness.”

The black-and-white image, which was concealed in a bundle of papers deep in an archival vault, was taken while Yakubova was in a Siberian prison camp, where she had been imprisoned for revolutionary activity. Yakubova eventually escaped from the camp, and travelled 7,000 miles unaided to London where in due course she again met up with Lenin and his new wife, Nadezhda Krupskaya. The latter had at one time been on very close personal terms with Yakubova but their renewed relationship quickly soured with Krupskaya unable to come to terms with Yakubova’s choice of the “economist renegade” K. M. Takhtarev as husband.

Yakubova had a close relationship with other political émigrés in the East End of London, where she organized lectures and led fiery and uncompromising political debates on socialist doctrine for poor Russians living in the city. Even during their years together in St Petersburg she and Lenin were not united by a common political outlook. Yakubova held the view that workers should have a role in the organisation of state, party, and society – whereas Lenin believed that a centralist clique of party operatives was best placed to deliver and cement the revolution.

According to Dr Henderson:

“Despite Lenin’s regular visits to see her during his time in London these divisions in outlook remained unchanged until his eventual departure for Europe. Yakubova and her husband stayed on in London, perhaps loathe to abandon the riches of the British Museum Library, until 1907, when it is believed they returned to Russia. After this date Yakubova, like so many others, disappeared from the record of history.”

According to one source she died in 1913, another records her date of death as 1917.