Government, the NHS and professional healthcare bodies have embraced social media networks as dissemination tools but frequently overlook their potential for peer-to-peer support, according to researchers at Queen Mary University of London. 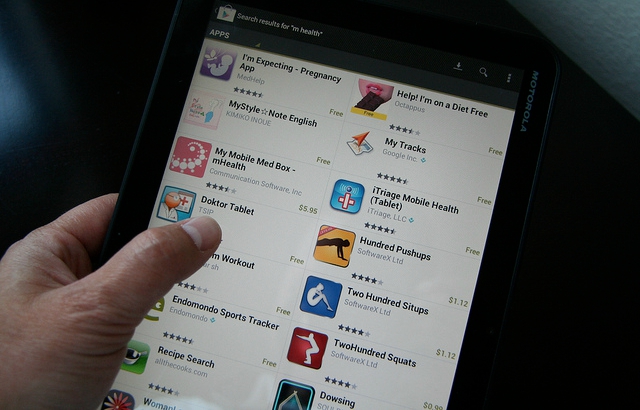 The early findings form part of a major research project on social media and healthcare from QMUL’s School of Linguistics, Language and Film.

Dr Nelya Koteyko is Principal Investigator on the project and says that while millions of patients and people living with chronic illness use online social networks for support, “the language of official policy from healthcare providers and professional bodies rarely reflects this reality and represents social media as just another broadcast tool”.

Dr Koteyko and her team identified people with Type 1 and Type 2 diabetes as a suitable group with whom to conduct the research, and chose Facebook as the target social media network.

“Life-long self-care is critical for people with diabetes, which means they have a lot to gain from asking questions, joining communities, and sharing information on networks like Facebook. This project seeks to understand how people with diabetes are using these networks and investigates whether official health service policies recognise and accommodate this shift in patient behaviour,” said Dr Koteyko.

As part of the project, the researchers conducted online observations and interviews with 36 people with diabetes and analysed the language of prominent diabetes-focused Facebook pages as well as over 40 recent professional and policy documents addressing the use of social media in healthcare.

Lis Warren, who was interviewed as part of the project, has lived with Type 1 diabetes for more than 50 years and never spoke to others with the condition during the first 40 of those years. She says that although she received excellent clinical care, “40 years of not talking to other people with diabetes is a very long time”.

That changed when she met a colleague, who introduced her to a diabetes technology charity that uses the online diabetes community to support people nationwide.

“My reason for joining these communities was a clinical need. I bought a continuous glucose monitor so that I wouldn’t be ‘hitting the deck’ all the time. My hospital couldn’t advise or train me in its use, so I had to search online. I subsequently found some very specialist pages on Facebook. One page in particular has taught me more in the last two years about diabetes than I learned in the previous forty. It’s run by an endocrinologist who has had Type 1 for forty nine years. I identify with him, he talks my language.

“I can honestly say that joining these online communities has transformed my life with diabetes. It’s given me so much more information, it’s really empowered me. It’s allowed me to develop as a person, but also as a person with diabetes. I’m also now able to give back. I’ve had a lot of care from the NHS over the years and I now feel able to share an awful lot of stuff that I’ve learned,” said Lis.

Lis describes peer-to-peer support as a “no brainer” for a stretched health service: “You might have to wait six months or maybe a year between consultant appointments. If you go online, within five minutes of putting a question up, someone will come back and answer you. This isn’t a substitute for clinical care, but a supplement.”

“I do go to hospital and I really need and value the clinical support, but I now get the ‘nitty gritty’ bits and pieces online, from my peers. The official NHS sites are not responsive at all,” said Lis.

According to Dr Daniel Hunt, researcher with the project, official policy with regard to social media tends to see it narrowly, as a “tool or a vehicle for delivering information to support consumer choice,” rather than an opportunity for peer support.

“Using social media to disseminate information on services and source ‘customer insight’ are valid goals but don’t account for how many members of the so-called ‘social networking generation’ with long-term conditions are already using networks like Facebook or Twitter. Providing more direct support online can be risky for healthcare professionals, of course, but there are also drawbacks from leaving this role to private organisations who are less well regulated and often have ulterior motives for gathering patients’ data,” said Dr Hunt.