Future of the UK hangs in the balance, according to experts at Mile End Institute launch event

The United Kingdom as we know it may not survive the next decade and is “no longer a fixed map in the collective UK mind”, according to Lord Professor Peter Hennessy, who was speaking at the launch of the Mile End Institute (MEI), at Queen Mary University of London on 2 March. 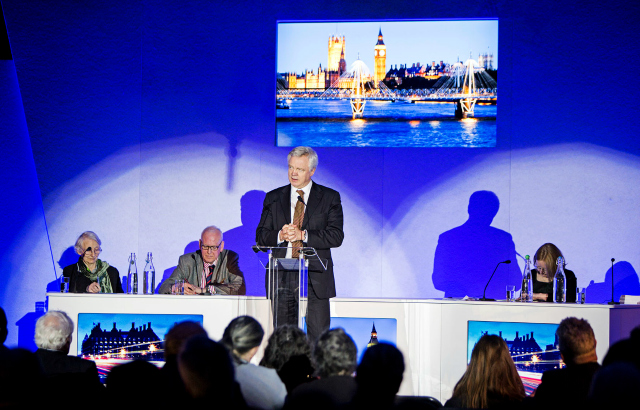 To a sold-out crowd of 350 policymakers, journalists, academics and members of the public, Lord Hennessy said of the UK:

“In ten years’ time we could be out of the EU, shorn of Scotland, narrow, shrivelled, resentful, and inward-looking in the cold northern seas. Not a happy picture,” said Lord Hennessy.

Lord Hennessy argued that Constitutions must “feel fair” to all parts of the country, made more difficult by what he described as “the percussive effects of the Scottish referendum”.

David Davis agreed that on English Votes for English Laws (EVEL), “we have led ourselves into incredibly difficult circumstances”.

“What we should be arguing for on EVEL is something that’s clear cut, but yet again we’re looking at a fudge. What Hague has proposed as his favoured option, gives the amendment rights and some of the voting rights to English members of parliament if it’s an English issue, but then it comes back to the UK parliament again - and they’ve got to decide on the final outcome. The moment there’s a distinction between the UK group in parliament and the English group, you’re going to have another schism,” said Davis.

Baroness Onora O’Neill called for “a proper constitutional convention, with due seriousness, care and a lack of populism, to look at these issues”. On the widening gulf between UK nations, Baroness O’Neill said:

Lord Hennessy said that the English question, and the proposals for English Votes for English Laws, “the kingdom to come, as one might call it”, remains “a first order question of strategic proportions for the UK”.

“The Union is no longer a fixed map in the collective UK mind; no longer an automatic pilot, guiding shared consciousness. I wish it were. I profoundly hope it can be, once more,” said Lord Hennessy.

The debate was the first in a series of events from the Mile End Institute, led by Professor Michael Kenny.

Videos from the event

About the QMUL Mile End Institute

The Mile End Institute (MEI) is a centre for policy, ideas and debate, based at Queen Mary University of London.