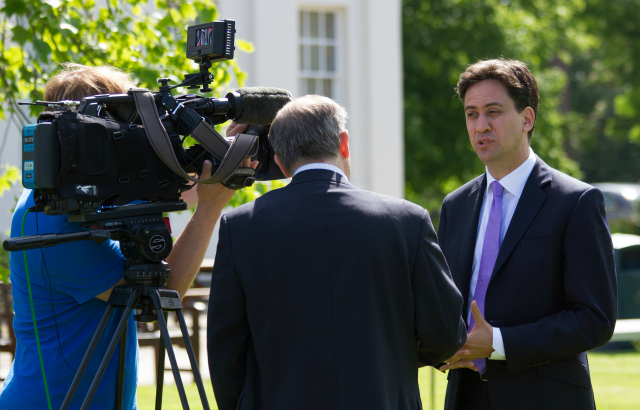 “It is still entirely possible that Ed Miliband will be prime minister. One thing that we have to look at between now and election day is the performance of Ukip. If Ukip begins to seriously lose support, in the way that I think the greens will lose support, then that could scupper Miliband’s chances.

Professor Bale made his remarks in front of an audience at the Mile End Institute, Queen Mary University of London - where he was interviewed by the Observer's award-winning chief political commentator, Andrew Rawnsley.

On the question of the debates, Professor Bale said that Miliband can only exceed expectations of him, which is why the Conservatives have been so reluctant to engage.

“Impressions of Ed Miliband are so low, and public perception of him is so poor, that they almost couldn’t be borne out in reality in a TV studio.”

Professor Bale’s book is published by Oxford University Press and is available from all good bookshops and the Amazon Kindle store.

Tim Bale is a professor of political science at Queen Mary University London. He is the author of The Conservative Party from Thatcher to Cameron and The Conservatives since 1945: the Drivers of Party Change as well as European Politics: A Comparative Introduction. He tweets @ProfTimBale

"The book is a must read for all those who want to understand what a Miliband led government might be like." (Steve Richards, Independent)

"Bale's command of policy, personality and their inter-action is exemplary. A superb book." (Matthew d’Ancona, columnist, The Guardian and Evening Standard)