Pancreatic stellate cells, which normally aid tissue repair, unwittingly help pancreatic cancer grow and spread in a method of ‘cell hijack’ only seen before in brain and breast cancer, according to new research from Queen Mary University of London.

The research, published in the latest issue of EMBO Molecular Medicine and carried out by Queen Mary’s Barts Cancer Institute, also revealed the process can be blocked, thereby preventing the growth and spread of the tumour.

The study, funded by the UK charity Pancreatic Cancer Research Fund, set out to investigate the messaging mechanisms between cancer cells and the thick, fibrous stroma tissue that coats pancreatic tumours. It is this tissue which is believed to provide a nutrient-rich ‘soil’ in which cancer cells can grow.

Researchers found the cancer uses a protein called fibroblast growth factor receptor (FGFR) to hijack the stellate cells and force them to help the growth and spread of the tumour.

Ordinarily, FGF activates the stellate cells by binding to a receptor on the cell’s surface. However, when examining donated human pancreatic cancer tissue, the researchers saw that FGFR had travelled directly to the nucleus, taking control and forcing the stellate cells to multiply and communicate with the cancer cells. This ‘nuclear translocation’ – which has only been seen in brain and breast cancer cells before - was most prominent in areas where the tumour was invading normal tissue.

Pancreatic cancer often shows resistance to conventional chemotherapy, partly because the stroma prevents therapies reaching the tumour cells. The researchers believe these latest findings could pave the way for the development of a new combined therapy approach, able to both prevent the spread of cancer cells and weaken the stroma environment to allow chemotherapy to access the tumour.

Dr Stacey Coleman concludes: "Our next steps are to investigate what changes occur when FGFR travels to the nucleus of stellate cells so we can find out how these cells may cause the stroma to develop and provide such a good environment for the cancer cells.”

Maggie Blanks, CEO of the Pancreatic Cancer Research Fund, comments: “This is another example of the leading research we fund in the UK and I congratulate the Queen Mary team for their findings. Our research strategy is to enable the development of new treatments – whether alone or in combination with traditional therapies. These exciting findings suggest there’s definitely something here that warrants further investigation that could prove significant for improving the treatment of pancreatic cancer.” 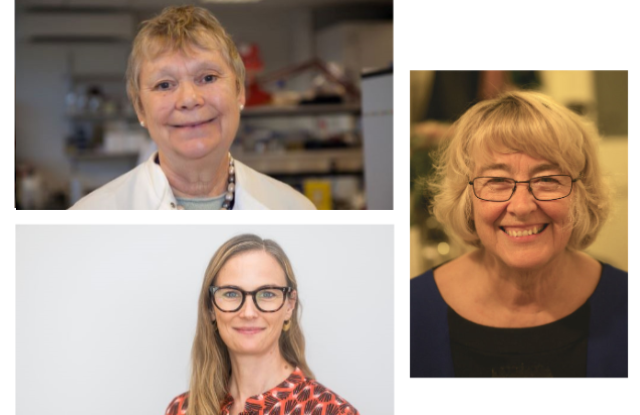