For the first time, scientists have uncovered new information on how stem cells in the human bowel behave, revealing vital clues about the earliest stages in bowel cancer development and how we may begin to prevent it. 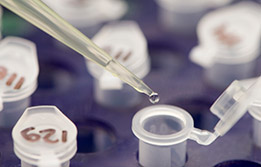 For the first time, scientists have uncovered new information on how stem cells in the human bowel behave, revealing vital clues about the earliest stages in bowel cancer development and how we may begin to prevent it.

The study, led by Queen May University of London (QMUL) and published today in the journal Cell Reports, discovered how many stem cells exist within the human bowel and how they behave and evolve over time. It was revealed that within a healthy bowel, stem cells are in constant competition with each other for survival and only a certain number of stem cells can exist within one area at a time (referred to as the 'stem cell niche'). However, when investigating stem cells in early tumours, the researchers saw increased numbers of stem cells within each area as well as intensified competition for survival, suggesting a link between stem cell activity and bowel cancer development.

The study involved studying stem cells directly within the human body using a specially developed ‘toolkit’. The toolkit worked by measuring random mutations that naturally accrue in ageing stem cells. The random mutations recorded how the stem cells had behaved, similarly to how the rings on a tree trunk record how a tree grew over time. The techniques used were unique in that scientists were able to study the human stem cells within their natural environment, giving a much more accurate picture of their behaviour.

Until this research, the stem cell biology of the human bowel has remained largely a mystery. This is because most stem cell research is carried out in mice, and it was uncertain how research findings in mice could be applied to humans. However, the scientists in fact found the stem cell biology of human bowels to have significant similarities to mice bowels. This means researchers can continue investigating stem cell activity within mice with the knowledge it is representative of humans - hopefully speeding up bowel cancer research.

Importantly, these new research methods can also now be applied to investigate stem cells in other parts of the human body such as skin, prostate, lung and breast, with the aim of accelerating cancer research in these areas too.

Dr Trevor Graham, Lecturer in Tumour Biology and Study Author at Queen Mary University of London, comments: "Unearthing how stem cells behave within the human bowel is a big step forward for stem cell research. Until now, stem cell research was mostly conducted in mice or involved taking the stem cells out of their natural environment, thus distorting their usual behaviour. We now want to use the methods developed in this study to understand how stem cells behave inside bowel cancer, so we can increase our understanding of how bowel cancer grows. This will hopefully shed more light on how we can prevent bowel cancer – the fourth most common cancer in the UK. We are positive this research lays important foundations for future bowel cancer prevention work, as well as prevention work in other cancers."

Dr Marnix Jansen, Histopathologist and Study Author at Queen Mary University of London, comments: "This study was made possible through the involvement of patients either diagnosed with bowel cancer or born with a tendency to develop bowel cancer. Only by investigating tissues taken directly from patients could we study how bowel cancers develop. Our work underlines the importance of patient involvement in scientific research if we are to tackle bowel cancer and help the greatest number of people."