Patients, carers, scientists, clinicians and charities from across the UK will gather today for the launch of a ground-breaking new partnership between the charity Brain Tumour Research and Queen Mary University of London (QMUL) in collaboration with the UCL Institute of Neurology. 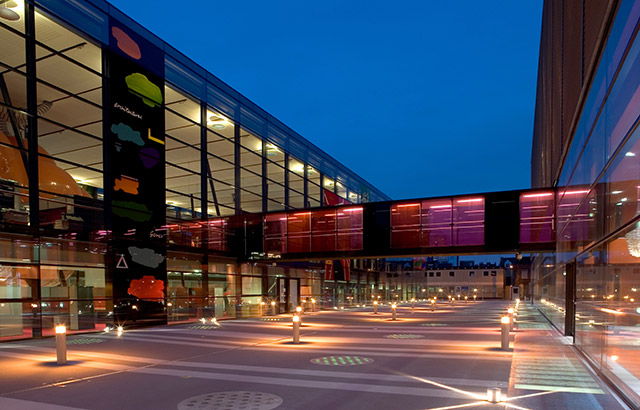 Together they have established a new brain tumour research Centre of Excellence at QMUL, bringing a welcome and timely boost to long-term, sustainable and continuous research into the biggest cancer killer of children and adults under 40.

Statistical research from the charity earlier this year revealed one in 50 people who die under the age of 60 years are dying from a brain tumour. And, just as shockingly, 71% of those who die of a brain tumour will be under 75 years old, compared to 47% for all cancers.

The Centre of Excellence is led by Professor Silvia Marino, a leading brain tumour scientist and neuropathologist based at QMUL’s Blizard Institute, and will specialise in identifying how glioblastoma multiforme (GBM) forms and grows within the brain with the final aim of identifying more efficient drug treatments. Professor Denise Sheer, also from QMUL, and Professor Sebastian Brandner and Dr Jeremy Rees at the UCL Institute of Neurology will be additional important research partners in this initiative.

Professor Silvia Marino said: “Glioblastomas are a malignant, aggressive type of brain tumour and tragically one of the most common. With Brain Tumour Research’s help we will be investigating how the tumours develop, which is key to advancing their treatment. This is a major initiative in an underfunded research area in the UK.”

Emily Jones, 27, from London, said: “After my diagnosis I felt I’d been dealt two blows. Having a brain tumour and a disease about which so little is known. Today is a hopeful day for me, a positive step forward which means others may not have to face the devastation my family and I have had to face.”

With secure long-term funding covering the crucial salaried positions, researchers at QMUL will be freed from the limitations and frustrations of applying for one specific project grant after another, and instead will be able to pursue the sustainable and continuous research so desperately needed by the scientists and clinicians working in this underfunded field. Promising scientists will be trained up through the ranks to fulfil their potential, rather than being tempted into other cancer research which currently attracts greater funding and with it greater job prospects.

Sue Farrington Smith, Chief Executive of Brain Tumour Research, said: “Today is a milestone for all patients and families whose lives have been affected by this devastating disease. A powerful new team of researchers is being established who will share our ambition of creating a better future for those diagnosed and living with a brain tumour. We are all determined that one day we will find a cure.”

Brain Tumour Research currently helps fund – through corporate and public fundraising – an annual £1 million programme of research at their Centre of Excellence in the University of Portsmouth. This relationship with QMUL, along with additional new partnerships with Plymouth University and Imperial College in London, will pave the way for a £20 million investment in brain tumour research over the next five years.

Professor Silvia Marino and the team at QMUL would also like to thank Barts Charity, for their vital supporting role in this partnership.