Trying to quit smoking? Taking part in a scientific trial could help

Today is the 30th annual No Smoking Day when hundreds of thousands of smokers are expected to try and quit for good. 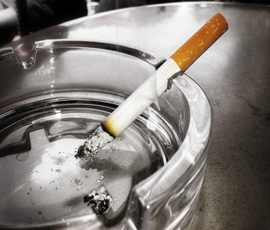 If you are one of the estimated two-thirds* of UK smokers who want to quit, the Tobacco Dependence Research Unit (TDRU) at Queen Mary, University of London may be able to help.

The TDRU, based at Whitechapel, provides clinical expertise in smoking cessation to the East London Smoking Cessation Service, and conducts research into tobacco dependence and its treatment.

Professor Peter Hajek, Director of the Tobacco Dependence Research Unit at Queen Mary, University of London, said: “One of the best ways of stopping smoking is doing it as a part of a scientific trial of one of the new stop-smoking treatments.  Trial participants receive the best care, have an opportunity to try something new, and know they are contributing to the development of a treatment that may eventually help countless other smokers to kick the habit.

“In a trial, smokers will usually be allocated by a computer to one of two or more treatments. In most studies, everyone receives the best treatment currently available, but some participants in addition also receive the new experimental approach. Even smokers who do not get the new treatment typically achieve higher success rates than what is seen in everyday clinical practice because they have increased levels of contact and attention from expert clinicians.”

The TDRU is one of the leading research clinics worldwide. It has contributed to the development and evaluation of most of the currently available smoking cessation treatments. The units current projects include studies of:

No Smoking Day is an annual health campaign, run by the British Heart Foundation. Now in its 30th year it helped more than 760,000 people quit smoking last year and inspired another 1.5 million to seek out information to help them quit in future.