A public screening programme led by a Queen Mary University of London researcher, which found people living with a 1,500-year-old genetic mutation connected to extreme growth, has been shortlisted for Research Project of the Year at the prestigious Times Higher Education Awards 2013. 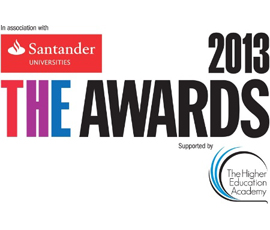 Acromegaly and gigantism are caused by a tumour of the pituitary gland, which releases an excess amount of growth hormone, which in turn can cause excess growth of bones, cartilage and many other tissues. A large tumour can also lead to partial loss of vision. A small percentage of patients inherit the tendency to develop this condition.

In 2006 a specific gene was identified whose abnormality could lead to pituitary tumours in family members who carry it. Professor Márta Korbonits at the William Harvey Research Institute of Queen Mary University of London found one particular mutation in this gene in a number of patients of Irish descent – the same gene mutation found in the 18th century ‘Irish Giant’ Charles Byrne, who grew to 7 feet 7 inches tall.

A team led by Professor Korbonits, in partnership with Queen’s University Belfast, appealed for adults from East Tyrone and South Derry to have their DNA tested for the altered gene, which is thought to be particularly prevalent in this region of Northern Ireland.

Global media coverage of the research led to around 1,000 people volunteering to provide a DNA sample at a few public sites, and a number of gene-carriers were identified.

“There are a number of historical as well as currently living Northern Irish patients suffering from gigantism,” comments Professor Korbonits. “It is a great honour to receive the nomination; however, our project is far from over – we identified several people with the gene during the screening and are keeping in touch with these families.

“Most people who carry the mutation won’t suffer health issues because of it, but they can pass it on to their children, who could then be affected. We hope that the information we provide will encourage them to undergo medical follow-up and invite their family members for genetic screening ultimately helping to prevent the development of full blown disease and achieving our goal, than no more patient suffer the devastating consequences of gigantism.”

Now in their ninth year, the Times Higher Education Awards are a highlight of the academic calendar. Winners will be announced at a dinner and ceremony on Thursday 28 November at the Grosvenor House Hotel, Park Lane, London.