Starving cancer cells of a key amino acid slows down their ability to grow and multiply, according to new research from Queen Mary University of London, announced today at the World Conference on Lung Cancer. 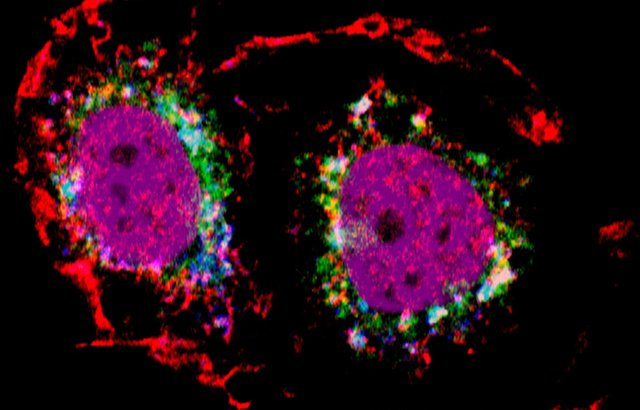 Scientists researching one of Britain’s deadliest rare cancers, mesothelioma, at Queen Mary’s Barts Cancer Institute studied how cancer cells are not able to survive and continue growing when starved of the amino acid ‘arginine’. Cells are normally able to make arginine themselves, but research found around half of tumours lacked this ability and need to be fed arginine in order to survive, leaving it vulnerable to starvation

The identification of this ‘Achilles’ heel’ led to a clinical trial led by Queen Mary (sponsored by Barts Health NHS Trust and funded by Cancer Research UK) to test a new drug that targets this weakness.

The drug, ADI-PEG20**, deprives the tumours of their external source of arginine (which comes from blood, via the food we digest). The tumour cells then die because they don’t have this essential nutrient to make proteins and various other chemicals needed by tumours.

These findings could pave the way for a new approach to slowing the progression of mesothelioma.  This is the first time a targeted drug treatment has been designed for this type of cancer with a positive effect in a randomised study of patients with mesothelioma.

Mesothelioma is a cancer affecting the ‘protective wrapping’ around our organs, particularly the tissue surrounding the lungs.  It has become steadily more common since the 1960s due to asbestos exposure and the UK now has the highest rate of mesothelioma deaths in the world. Around 1 in 10 carpenters over the age of 65 can expect to develop the disease.

Dr Peter Szlosarek, Clinical Senior Lecturer at Queen Mary University of London (Barts and The London School of Medicine and Dentistry), comments: “Mesothelioma is one of the UK’s deadliest cancers with rates increasing almost four-fold since the early 1980s***. Despite this, it remains relatively under the radar and there is very little research on how to treat this form of cancer with new therapeutics. Our research found that putting the tumours on an arginine starvation diet was an effective way of weakening the cancer, which in turn prolonged progression-free survival amongst patients. Our latest research suggests that combining arginine starvation drugs with standard chemotherapy could show an even stronger effect in combatting mesothelioma. With the positive signal coming from the current trial, we are eager to launch this new combination trial in early 2014”

Why is this drug promising?

Why is this form of cancer important?

* Care given to improve the quality of life of patients who have a serious or life-threatening disease.
** ADI-PEG20 is a proprietary biologic being developed by Polaris Group, which provided the supply of study drug used in this study.
*** http://www.cancerresearchuk.org/cancer-info/cancerstats/keyfacts/mesothelioma/#How