Research from Queen Mary University of London reveals positive aspects of working life – such as high levels of control at work, good support from supervisors and colleagues, and feeling cared for – support higher levels of wellbeing among Britain’s workers. 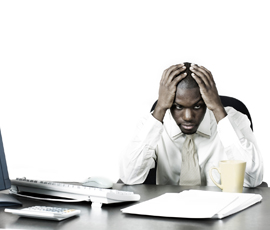 The Whitehall II study*, published today in the journal PLOS ONE, was conducted amongst 5,182 London based civil servants and is one of very few longitudinal studies examining the positive effects on people at work.

Higher levels of wellbeing were impacted by:

New analyses of the study show that working conditions and good personal relationships increase levels of wellbeing – even after taking into account other sources of life satisfaction and distress, plus individual characteristics such as personality traits. The findings therefore suggest increasing the positive aspects of work – rather than simply reducing the negative aspects – may lead to improved morale and greater wellbeing among the working population.

Earlier this year the government published its first thoughts on the Measuring National Wellbeing programme launched in 2010 by David Cameron, and there are continuing discussions on how this could sit alongside Gross Domestic Product (GDP) as a national indicator of progress. If wellbeing is adopted as a national outcome measure, it’s important to understand the factors constituting the nation’s wellbeing and this study indicates the quality of jobs available in the UK and personal relationships are key factors.

Stephen Stansfeld, Professor of Psychiatry, Queen Mary University of London (Barts and The London School of Medicine and Dentistry), comments: “The so-called ‘happiness debate’ has gained a lot of attention in recent years, with economists, politicians and psychologists all hypothesizing on how to create a happy society. If the Government proceeds with the idea of measuring wellbeing as an indicator of Britain’s progress, it is crucial they know what impacts a person’s wellbeing.

“This study shows the quality of our working conditions and personal relationships are key to the nation’s happiness. We believe any policies designed to improve the workplace should not just minimise negative aspects of work, but more crucially, increase the positive aspects, such as a creating a greater sense of control and support among employees.

“The quality of the working environment has a very important effect on how a person feels and greaterwellbeing may also be related to greater productivity and performance at work, increased commitment and staff retention as well as effects on physical health and lifespan.”

*The Whitehall II study was established between 1985 and 1988 with a target population of all male and female civil servants, aged between 35 and 55 years, in twenty London based civil service departments. 10,308 civil servants were examined in phase 1 of the study– 6,895 men and 3,413 women with a response rate of 73%, the true response rate was higher because around 4% of the invited employees had moved before the study and were not eligible for inclusion. We analyzed data from phase 1 (1985-88, self-report questionnaire and screening), and phase 2 (1989, postal questionnaire, response rate 79%). The mean interval between phases 1 and 2 was 2.6 years. Our analyses are based on participants for whom complete data on covariates were available. Although most study respondents were white-collar employees, a wide range of employment grades (and salaries) from office support staff to the most senior government servants were covered.