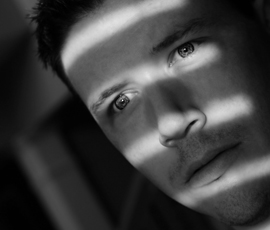 The research, published in the British Medical Journal, was conducted amongst patients with schizophrenia, schizoaffective disorder or bipolar disorder, who were prescribed long acting antipsychotic injections but had received 75 per cent or less of their recommended treatment*.

Participants were divided into two groups; the intervention group and the control group. Patients in the intervention group were offered £15 for each injection over a 12 month period.  Average adherence to treatment within this group before the start of the trail was 69 per cent.  This rose to 85 per cent during the 12 months when financial incentives were being offered.

Stefan Priebe, Professor of Social Community & Psychiatry at Queen Mary University of London, Barts and The London School of Medicine and Dentistry, comments: “The idea of using financial incentives to encourage patients with severe mental illness to take their medication regularly is controversial and has been widely debated from both a practical and ethical standpoint – but there is no denying it works.

“In lots of areas of medicine it doesn’t make too much difference if a patient misses a certain proportion of prescribed medication. However, among patients with severe mental illness, just missing one or two doses of antipsychotic drugs poses a high risk of relapse.  In these circumstances a relapse can be very difficult; involving re-hospitalisation and highly distressing symptoms for both patients and their carers. This is why it’s so vital to explore alternative methods of improving adherence to mental health treatment – many mainstream methods so far have been tried and failed.

“Our study concludes offering a modest financial incentive is the most effective method shown so far to improve adherence to antipsychotic treatment.  It should be considered if poor treatment adherence poses a risk to patients’ health and if other methods to achieve adherence have failed.

Why is adherence a big issue?

Poor adherence to antipsychotic drugs is a major problem in patients with psychotic disorders and is linked to increased rates of readmission to hospital and high treatment costs.  Between 25% and 80% of patients fail to take their drugs correctly at some point in their treatment and poor adherence can treble the costs of external services.

Many interventions have been tried to improve adherence to treatment in patients with psychotic disorders. For example: psychotherapy, family education and telephone prompting.  However, reviews of such interventions find only modest effects at the very best**. Against this backdrop, financial incentives have been considered in such patients to improve adherence to drugs.

It is also notable that patients in the intervention group reported a significantly more favourable subjective quality of life during the 12 month trial. Consistent treatment may have helped patients to organise their lives better, cope with problems, and engage in satisfying activities.

Other factors may also have contributed to the improved subjective quality of life. For example, patients in the intervention group had between £15 and £60 more to spend every month (depending on their individual treatment cycles). This could have made a difference to patients who received social benefits. It can also be speculated that receiving money from services had a psychological effect in some patients, increased their confidence, and facilitated a more positive view of life.