New research from Queen Mary University of London shows released prisoners with schizophrenia are three times more likely to be violent than other prisoners, but only if they receive no treatment or follow-up support from mental health services. 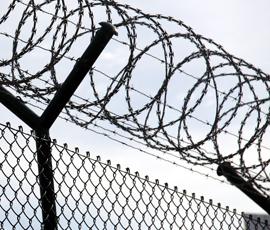 Maintaining psychiatric treatment both during imprisonment and after release can substantially reduce the risk of violent reoffending. Better screening and treatment of prisoners is therefore essential to prevent violence.

The research, funded by the National Institute for Health Research (NIHR) Programme Grants for Applied Research (PGfAR) and published in the American Journal of Psychiatry, investigated whether treated or untreated psychotic disorders were linked with increased risk of violent re-offending among prisoners.

The Prisoner Cohort Study* was conducted amongst 967 adult male and female offenders serving sentences of 2 years for more for sexual or violent offences.

Prisoners with schizophrenia who remained untreated during and after imprisonment were more likely to be violent following release than other prisoners. Results revealed the cause of this violent behaviour was linked to delusional beliefs in individuals that someone or something is out to harm them – a symptom itself caused by lack of treatment.

Interestingly, there was no increase in risk of violence for untreated prisoners with delusional disorder. Drug-induced psychosis was linked with a nearly twofold risk of violence following release, but this became non-significant following adjustments for drug and/or alcohol dependence**.

Professor Jeremy Coid, Professor of Forensic Psychiatry, Queen Mary University of London (Barts and The London School of Medicine and Dentistry), comments: "Associations between major mental illness and violent behaviour are controversial, and many misconceptions remain in our society about what it means to have a psychotic disorder. Most people with schizophrenia are not violent and pose no danger to others. However, among those who have shown severe violent tendencies and been imprisoned as a result, the risk of future violence is greatly increased if they are not treated.

“Current risk assessment tools do not take treatment into account and we are therefore missing out on this vital part of the puzzle. We need to improve our screening methods and ensure the treatment of prisoners with psychosis, both in prison and following release, if the aim is to manage their risk of violence.”

Despite the high prevalence of mental disorders among prisoners, treatment is often less available in prison than in the outside world. A recent study found that mental health teams successfully identified only 25% of prisoners with severe mental illnesses and only 13% were accepted onto their caseloads. Furthermore, it is estimated in the UK, less than 25% of prisoners who screen positive for psychosis will subsequently receive an appointment with a mental health professional after release.

Professor Coid concludes: This is an important public health problem and at the moment we’re failing high-risk people with psychotic disorders and the public by not screening and treating people with severe mental disorders well enough, nor accurately evaluating risk when they’re released from prison.”

* The Prisoner Cohort Study (October 2002 to May 2006) was funded by the Ministry of Justice (formerly the Home Office). It was a large-scale study of a cohort of serious sexual and violent offenders who were about to be released from prison.

** These effects may therefore be the result of substance-related comorbidity. Findings did not differ according to treatment, which suggests that subsequent violence had little or no relationship with psychotic symptoms and instead may reflect re-engagement in the drug economy and criminal networks.