Research highlights widespread global use of diclofenac, despite cardiovascular risks

Research pointing to the widespread global use of diclofenac, a non-steroidal anti-inflammatory drug (NSAID) that increases heart attack risk,has led researchers to call for its withdrawal from international markets and Essential Medicines Lists. 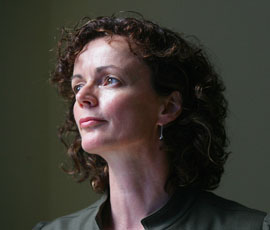 NSAIDs are widely used to relieve pain and inflammation. However, certain NSAIDs are known to increase the risk of heart attack and stroke and should be avoided in patients with increased risks of cardiovascular events.

In this study, researchers from Queen Mary, University of London and the Institute for Clinical Evaluative Sciences (ICES) in Toronto, examined sales of NSAIDs in 15 countries1 and NSAID inclusion on Essential Medicines Lists2 in 100 countries to determine how evidence about their cardiovascular risks has translated into practice and impacted on sales and treatment guidance. Essential Medicines Lists are national lists of drugs identified as satisfying the priority health needs of a population.

The study, published today in PLOS Medicine, found that:

Dr Patricia McGettigan, lead author of the study and a clinical pharmacologist at the William Harvey Research Institute at Queen Mary, said: “Despite evidence of the cardiovascular risks associated with diclofenac emerging in 2006, its continued widespread suggests this has not translated effectively into guidance and clinical practice.

“This has significant implications for public health, particularly in low and middle-income countries where cardiovascular disease is increasingly common. Essential Medicines Lists are authoritative influences on prescribing and, given the availability of safer alternatives, diclofenac should be withdrawn from national EMLs.”

Professor David Henry, president and CEO of the ICES in Canada, and co-author on the study, said: “The large and consistent sales of diclofenac make it very likely that the drug is being taken by substantial numbers of individuals at risk of cardiovascular events.

“This makes no sense, given the fact that safer alternatives are readily and economically available. We are calling for diclofenac to be de-listed from EMLs. There is a strong argument for its global marketing authorisations to be withdrawn."

Risk information:Diclofenac is associated with a cardiovascular risk increase of 40%.3 The researchers stress that in prescribing NSAIDs, doctors should discuss a patient’s background risk of a heart attack or stroke, and calculate the additional risk posed by a NSAID. A patient with previous heart problems, high blood pressure and diabetes has an annual background risk of heart attack over five per cent, so use of diclofenac will increase that by 40 per cent, giving an annual risk of over seven per cent. In other words, one in 50 such patients might suffer an avoidable heart attack. This is important information in making choices, particularly when there is a safer alternative. In contrast, a healthy young woman has an annual risk of heart attack of less than 0.1 per cent and will experience a negligible increase in cardiovascular risk with diclofenac.