Predicting violence among psychopaths is no more than chance

Risk assessment tools used to predict prisoner re-offending are no more accurate than tossing a coin when it comes to psychopaths, according to new research from Queen Mary University of London. 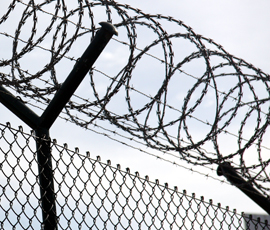 The researchers say the findings – which also show the tools perform at best moderately in those with depression, drug and alcohol dependence and schizophrenia – have major implications for risk assessment in criminal populations. The study, funded by the National Institute for Health Research (NIHR) under its Programme Grants for Applied Research Programme, is published in the British Journal of Psychiatry.

They warn that clinicians carrying out such classifications must be aware of these limitations and ensure prisoners undergo comprehensive psychiatric diagnosis ahead of any risk assessment.

As part of the Prisoner Cohort Study* 1,396 male prisoners in England and Wales were interviewed between six and 12 months before their release. All prisoners included were serving determinate sentences of two or more years for a sexual or violent offence.

The prisoners interviewed were assessed for personality disorders, symptoms of schizophrenia, depression and drug and alcohol dependence, while the Hare Psychopathy Check List (Revised) (PCL-R) was used to measure psychopathic personality. The outcome was whether or not prisoners had at least one conviction for a violent offence within three years of release recorded in the UK Police National Computer. Three different re-offending risk assessment tools were used to compare their performance**.

Professor Jeremy Coid, Director of Forensic Psychiatry Research Unit at Queen Mary who led the research, said: “There are increasing expectations of public protection from violent behaviour and psychiatrists can be seriously criticised if they make wrong decisions around the release of offenders.

“However, here we have demonstrated the difficulties of accurately predicting re-offending in certain groups. Indeed, the tools available are no more accurate than tossing a coin when it comes to psychopaths.”

Professor Coid said the results suggest it might be time to question expectations put on psychiatrists and psychologists who attempt to predict future behaviour and consider what can happen to their reputations if predictions are wrong.

“The easy solution is to be highly restrictive on who is released, and be risk averse.  However, even for serious offenders, most will be released at some stage and someone has to carry out a risk assessment.

“The most important future question is over risk management – i.e. what can be done to prevent further violent offending.  This area needs to be prioritised for future research. However, in the case of psychopaths, we cannot predict which ones will reoffend and we know very little about the best way to manage them in the community when released to prevent reoffending.  Unfortunately, this is common and 40% were later convicted for violence in our study.”

The study’s findings do not explain why the tools failed to predict violence in psychopaths and there could be a number of potential reasons.

Professor Coid added: “It may be that the objective measures taken into account by some tests – such as age and criminal history – vary little among psychopathic offenders and therefore can’t differentiate within this group.

“Another possible explanation is that the ability of psychopaths to lie convincingly, con, and manipulate even experienced clinicians means we need to exclude subjective clinical judgement. Whatever the reason, we need to prioritise the development of new assessment tools for these hard to predict groups.”

The study did not include life-sentence prisoners as it would not have been possible to assess them prospectively in anticipation of their release date. The generalisability of the findings is therefore restricted to similar populations. In addition to this it is possible that violence during the three-year follow-up period was underestimated as it was defined on the basis of criminal records and did not include self-reporting.

* The Prisoner Cohort Study (October 2002 to May 2006) was funded by the Ministry of Justice (formerly the Home Office).  It was a large-scale study of a cohort of serious sexual and violent offenders who were about to be released from prison.

** The three assessment instruments used in the study were: