Genetic markings could spot cancer before it develops

Unique DNA markings on certain genes may “predict” the risk of developing head and neck cancer, according to new research led by Queen Mary University of London. 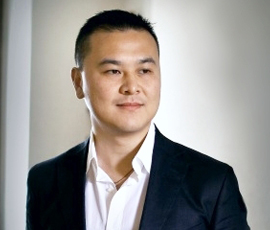 The findings, published in the journal Cancer, raise the potential for the development of non-invasive tests which could pick up these tell-tale signs of early cancer initiation.

In this study scientists analysed clinical specimens of malignant tissue from 93 cancer patients from Norway and the UK. These were compared with either tissue donated by healthy individuals undergoing wisdom tooth extractions, or with non-cancerous tissue from the same patients

They were trying to identify whether there were any epigenetic changes in the cancerous cells which were not seen in the healthy cells. Epigenetics is the study of changes in gene expression caused by mechanisms other than changes in the underlying DNA sequence.

Not all genes are active all the time and there are many ways that gene expression is controlled. DNA methylation marks act as ‘switches’, either turning genes on or off. Abnormal DNA methylation is known to precede cancer initiation.

Lead researcher Dr Muy Teck-Teh, from the Institute of Dentistry at Queen Mary, said: “In this study we have identified four genes which were either over or under-expressed in head and neck cancer. The expression of these genes was inversely correlated with particular DNA methylation marks, suggesting the genes are epigenetically modified in these cancers.

“These epigenetic markers could be clinically exploited as biomarkers for early pre-cancer screening of head and neck cancer.  However, further work is needed, as we are purely at the discovery stage at the moment and have not used this as a diagnostic test as yet.

“The eventual aim would be to test asymptomatic patients and/or people with unknown mouth lesions. An advantage of epigenetic DNA markers is that it may be possible to measure them using non-invasive specimens. So it could enable the use of saliva, buccal scrapes or blood serum for early cancer screening, diagnosis and prognosis.”

Consultant oral and maxillofacial surgeon Professor Iain Hutchison, co-author on the study, said he was excited by the possibility of diagnostic tests as a result of the research.

“All of us mouth cancer surgeons want to catch the cancer early when the chances of cure are high and the effects of surgery on the patient are minimal. A simple test using the patient’s blood or saliva could mean many patients with pre-cancer changes in the mouth or throat will be treated early and the cancer will never progress.”

The study was partly funded by the research charity Saving Faces – The Facial Surgery Research Foundation. Professor Hutchison founded the charity, which aims to reduce facial injuries and diseases through medical research.