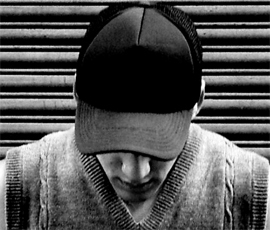 The National Institute for Health Research (NIHR) and Maurice & Jacqueline Bennett Charitable Trust funded study surveyed 4,664 men aged 18 to 34 in Britain. The survey covered measures of psychiatric illness, violence and gang membership. It is the first time research has looked into whether gang violence is associated with psychiatric illness, other than substance misuse.

The survey sample was weighted to include significant numbers from areas with high gang membership (Hackney and Glasgow East), lower social classes and areas with a higher than average population of ethnic minority residents.

Of the total sample, 3,284 (70.4 per cent) reported that they had not been violent in the past five years, 1,272 (27.3 per cent) said they had assaulted another person or been involved in a fight, and 108 (2.1 per cent) said they were currently a member of a gang. Using these results the participants were split into three groups – gang members, violent men and non-violent men for the analysis.

The findings showed that, of the 108 gang members surveyed:

Professor Jeremy Coid, Director of the Forensic Psychiatry Research Unit at Queen Mary, and lead author of the paper said: “No research has previously investigated whether gang violence is related to psychiatric illness, other than substance misuse, or if it places a burden on mental health services.

“Here we have shown unprecedented levels among this group, identifying a complex public health problem at the intersection of violence, substance misuse, and mental health problems among young men.

“It is probable that, among gang members, high levels of anxiety disorder and psychosis were explained by post-traumatic stress disorder (PTSD), the most frequent psychiatric outcome of exposure to violence. However this could only partly explain the high prevalence of psychosis, which warrants further investigation.

“With street gangs becoming increasingly evident in UK cities, membership should be routinely assessed in young men presenting to healthcare services with psychiatric illness in urban areas with high levels of gang activity.”

The authors suggest that the higher rate of attempted suicide attempts among gang members may be associated with other psychiatric illness, but could also correspond with the notion that impulsive violence may be directed both outwardly and inwardly.

Street gangs are concentrated in inner urban areas characterised by socioeconomic deprivation, high crime rates and multiple social problems. The authors report that around one per cent of 18 to 34-year-old men in Britain are gang members. The level rises to 8.6 per cent in the London borough of Hackney, where one in five black men reported gang membership.

Professor Coid added: “A potential limitation of the study is that survey participants were aged 18 to 34 and the average age for gang membership is 15. So gang members in this study should be considered ‘core’ gang members who have not stopped in early adulthood. We need further longitudinal studies to see if our findings are due to factors specific to this group.”

The research is published today in the American Journal of Psychiatry.