Beijing University of Posts and Telecommunications (BUPT) has been ranked first in China for Information and Communications Engineering by the Chinese Ministry of Education, which assessed over 70 universities offering subjects in that field. 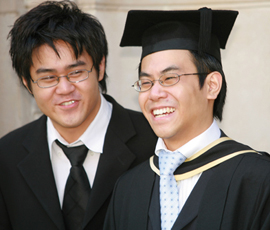 Queen Mary, University of London and BUPT jointly run undergraduate programmes in: Telecommunications Engineering with Management; e-Commerce Engineering with Law, and Internet of Things, a term that refers to enabling networked devices, such as household objects or vehicles to communicate with each other through a self-configuring wireless network.

Originally established in 2004, more than 500 students graduate each year from the joint programme. Over half of the graduates go on to postgraduate education outside China, including prestigious universities such as Stanford, Carnegie Mellon, Cambridge and Oxford.

QM’s Dean for China Operations, Professor Laurie Cuthbert said: “We’re very pleased that the Ministry of Education has recognised the high standards and academic rigour provided by BUPT. It’s exactly why Queen Mary wanted to partner with BUPT to deliver joint courses in telecommunications, which strive to combine the best aspects of the different education systems.”

The Ministry of Education in China carries out this equivalent of the UK’s Research Excellence Framework, assessing more than 4000 subjects from nearly 400 universities and research institutions every four years.