Calling all musos to chart ch-ch-changes in pop music

Thousands of music lovers are needed to take part in an online research experiment to track how chart music has evolved over a 50-year period– all in the name of science. 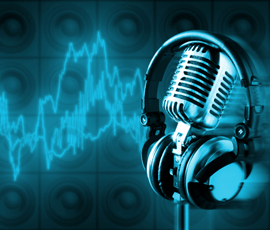 Using chart data from the Billboard Hot 100 and over 15,000 MP3 tracks from Last.fm, scientists from Queen Mary, University of London and Imperial College London are encouraging people to listen to and compare pairs of tracks for audio quality and music similarity.

“We need at least 30,000 voters to listen to the sample music and participate in the research project to understand how chart music has evolved from 1960 to 2010,” said lead researcher Dr Matthias Mauch from Queen Mary’s Centre for Digital Music, part of the School of Electronic Engineering and Computer Science.

The Descent of Pop project uses methods from evolutionary biology to investigate how chart music evolves. It is described by Dr Mauch as ‘sound archaeology’ as the combination of the recordings and their chart positions makes the data a unique source not only for the study of musical evolution but also of cultural evolution in general.

Building on previous research that analysed artificial music, the team are now mining the rich data set to unravel what drives innovation and imitation in popular music and understand diversity in music styles and consumption.

Co-researcher Professor Leroi from the Department of Life Sciences at Imperial College London, said “One of the questions we’ve been asking is this. Does the Top 50 become more or less diverse with time?  It’s an obvious one for an evolutionary biologist to ask.  Paleontologists have charted the diversity of animal forms through time: Is that how it was for the Charts?  Did pop begin in uniformity and then explode into diversity? Or was it the other way around?  When was pop’s Golden Age?”

Dr Mauch adds, “The data can help us answer lots of interesting questions: have musical styles changed more swiftly now than they did in the 1970s, or do music buyers in one year have an influence of what musicians will compose in the next year? But before we can start, we need clean, reliable data. First, we want to exclude all bad recordings to ensure that what we observe are genuine musical characteristics. And because humans still outdo computers at spotting a bad recording, we need help from a lot of listeners.”

Follow the link to participate in the study now: http://descentofpop.eecs.qmul.ac.uk/