Significant rise in applications at Queen Mary, University of London

Queen Mary, University of London has bucked the national trend and recorded one of the highest rises in applications among UK institutions, according to UCAS statistics. 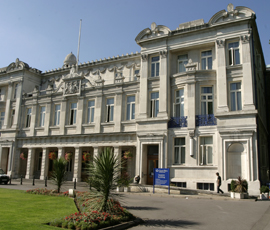 Overall undergraduate applications to Queen Mary, University of London are up significantly on the previous year, with a rise of almost 22 per cent since 2012, despite the pressures created by the new fees and funding system.

London’s other major universities have also seen rising applications since 2012, as students recognise the benefits and opportunities created by living and studying in the capital. Outside of London, applications across the UK have increased by over 3 per cent since 2012.

Applications to Queen Mary from international students have also risen significantly, by almost 26 per cent since 2011 and nearly 12 per cent between 2012 and 2013.

Professor Simon Gaskell, Queen Mary’s Principal, says: “We’re pleased that prospective students recognise the quality of the student experience and education on offer at Queen Mary. Our membership of the Russell Group confirms the university’s status in the eyes of applicants and the rise in application figures reflects this.”